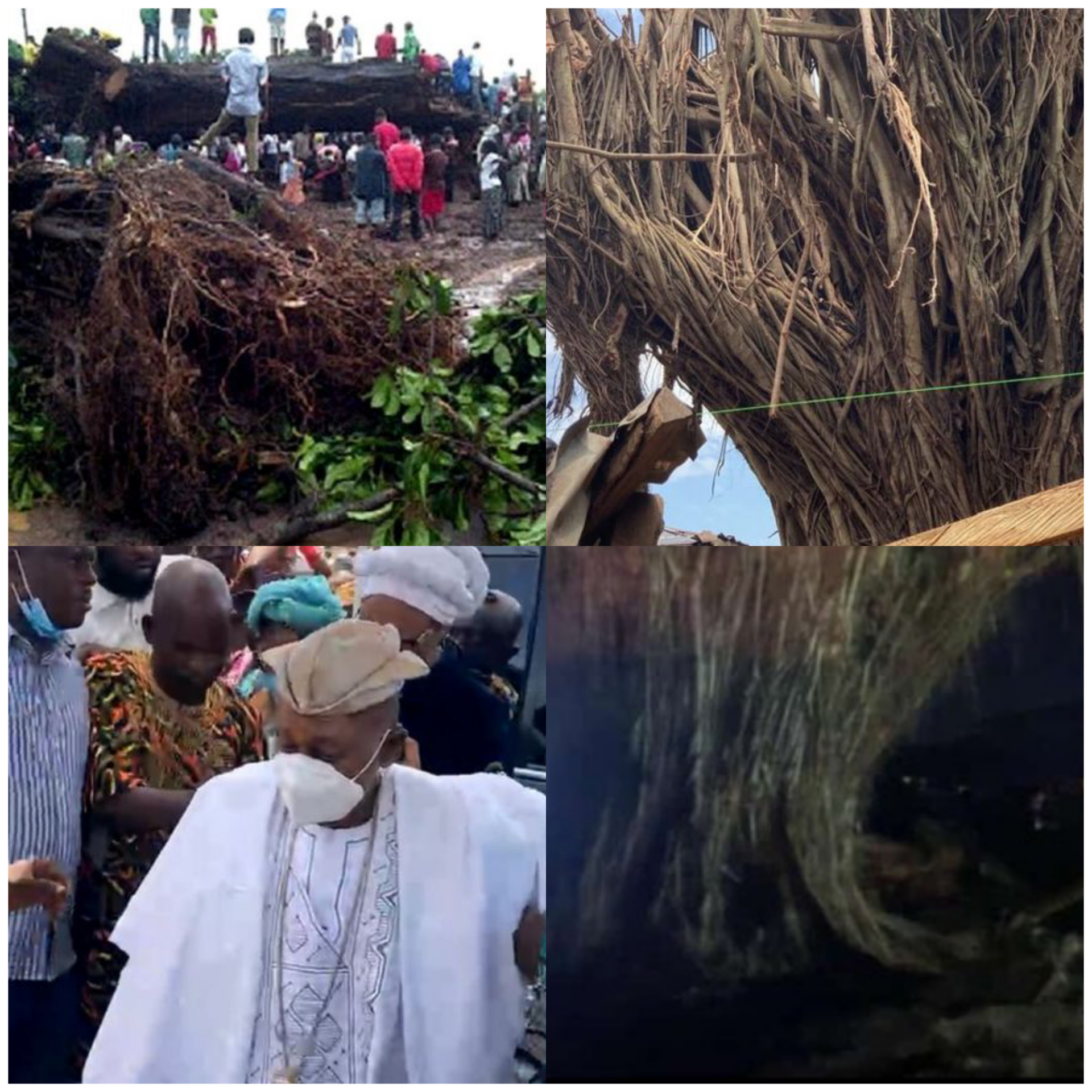 It was a mystery in the ancient city of Oyo town on Tuesday as a 100-year-old Iroko tree (Igi Odan) that has been planted for many years suddenly resurrected in Sabo, Oyo state.

According to a video made available to Mouthpiece NGR shortly after the incident, the tree returned back to its normal postures after its branches were chopped of.

An eyewitness who disclosed that the incident occurred on Monday explained that the tree fell down during a heavy wind.

He said there was no sign that it will fall but unexpectedly, it fell and got someone injured in the process.

“During the early hours of Tuesday, the branches were cut down.

“Mysteriously in the evening of thesame day, the tree sounded like 3 times ,rose up and went back to it’s normal position as if nothing happened,” said the eyewitness.

Mouthpiece NGR gathered that the Alaafin of Oyo His Imperial Majesty Oba Lamidi Adeyemi the 111, when he paid a visit to the venue, plead with residents to douse tension whilst assuring them that the needful would be done.

“What happened is mysterious, but God is full of wonders. We will make the place a tourist centre”, he said.