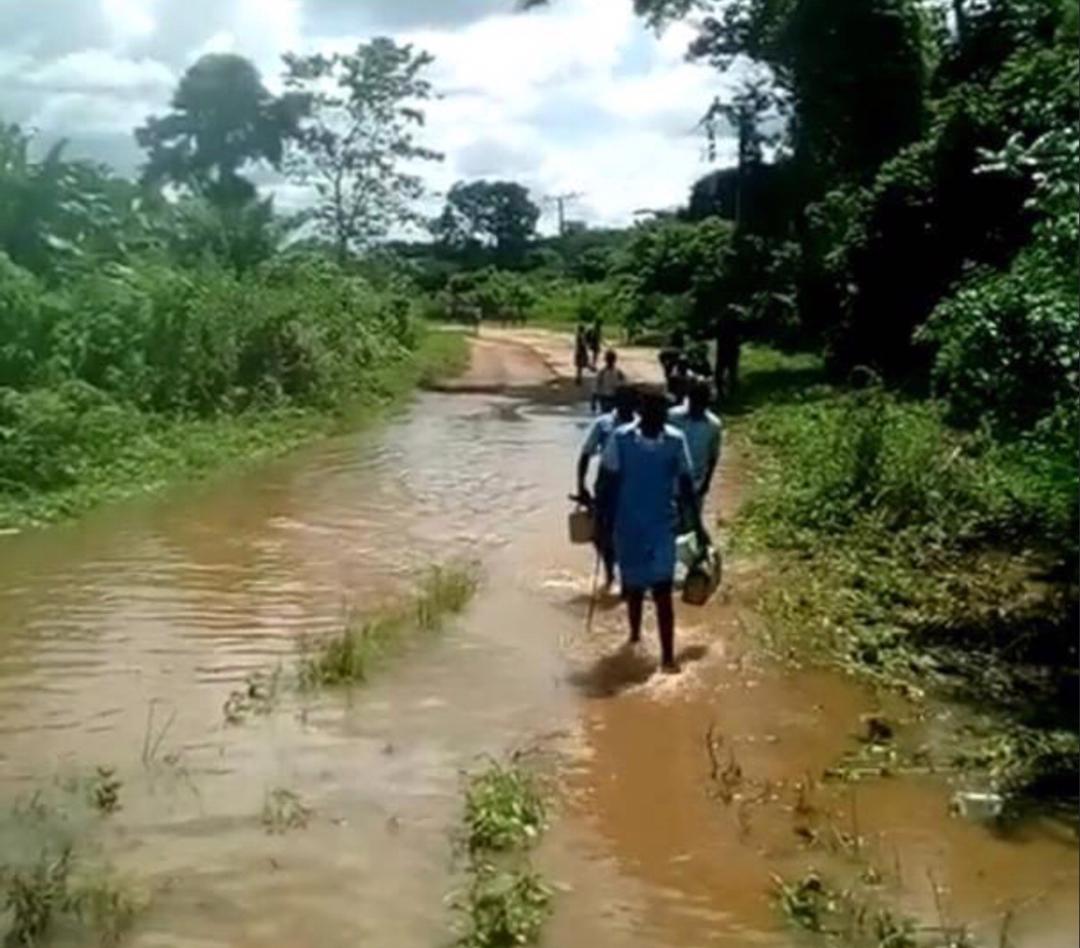 The people of Ipere Ekiti in Ilejemeje Local Government of Ekiti State have appealed for the quick intervention of the Chairman, House Committee on FERMA, Rt-Hon. Femi Bamisile, on the deplorable condition of Iludun, Ipere, Isan and Ido Ekiti road.

Mr. Oluwaseun Faseluka made the appeal on  Wednesday on behalf of the Youths Vanguard.

He said it became imperative as a result of the delayed experience by teachers, students of Ipere Comprehensive High School, Nursery and Primaries school in the town, Nurses and Ward maiden who are going to work and residents who go for their daily activities.

According to him, if nothing was done on the road, people and residents of Ipere Ekiti stand the risk of being cut off from their neighbouring communities.

“The traditional ruler, Oba Olufemi Omiyale lamented that the road has become so deplorable that people find it extremely difficult to access their neighbouring communities.”

He said the road which terminates at Iludun Ekiti express way, providing a direct link with Isan, the home town of the state Governor, Dr. Kayode Fayemi and Ido Ekiti in Ido Osi Local Government has become a daily nightmare because of its present impassable condition.

“ There is in flux of people residing and doing businesses in the town and large number of civil servants and businessmen who go to work at the Local Government Secretariat on daily basis through the road”, he said.

He continued that the community has contributed hugely to the state economy but no relevant federal and state agency has considered it appropriate to come to their rescue. “We share boundary with the home of the state Governor, we share boundary with the Local Government of the Senator that Represents the Ekiti North Senatorial District, and we have the FERMA committee Chairman of the National Assembly put together, but in spite of all these, no single federal and state support.

“The Leader of the youth, Hon. Lekan Omoniyi also appealed to other relevant national agencies through the FERMA committee chairman to come to the rescue of Ipere, saying he is tired of reading news related to students, corpers and teachers sometimes worn out when they arrived for studies and lecture. I

The Ipere Community looks up to Hon. Femi Bamisile for special and kindness intervention. He added”.