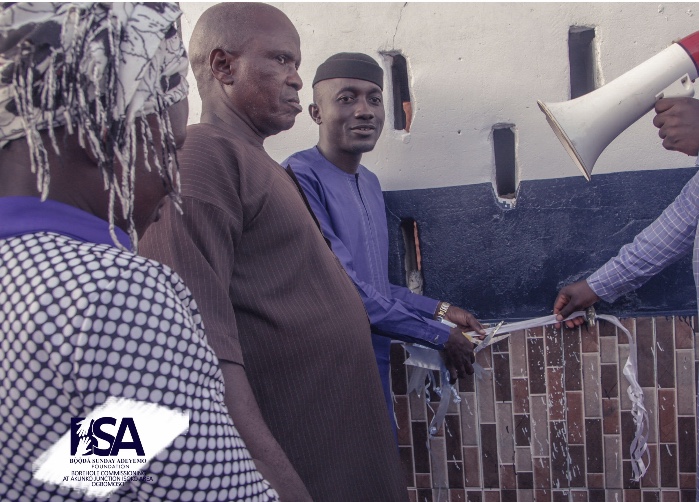 In his usual alleviative spirit, the Founder and President Booda Sunday Adeyemo Foundation (BSA) relived another community in Ogbomoso South Local Government from scarcity of water by making provision for a motorized borehole.

The founder had early this year commissioned two boreholes in Ogbomoso South LG which according to him was to make life more easier for the constituents.

The project was commissioned on the 23rd September, 2021 in Isoko ward 8 amidst jubilation by the inhabitants of the ward.

Adeyemo asserted that the foundation did a survey to identify the major problem facing the Local government and discovered that over 75 per cent of residents lacked access to potable water especially those living in rural areas.

He disclosed that the foundation also bought new generator set for the community to run the borehole, urging the constituents to use the facilities with care so that they would last long.

Speaking at the commissioning, the Community’s spokesperson stated that the borehole project was executed at the right time, as residents of the constituency had suffered lack of access to potable water for the past years.

He expressed joy for the succor the project will bring to them especially for the fact that festive season is gradually approaching.