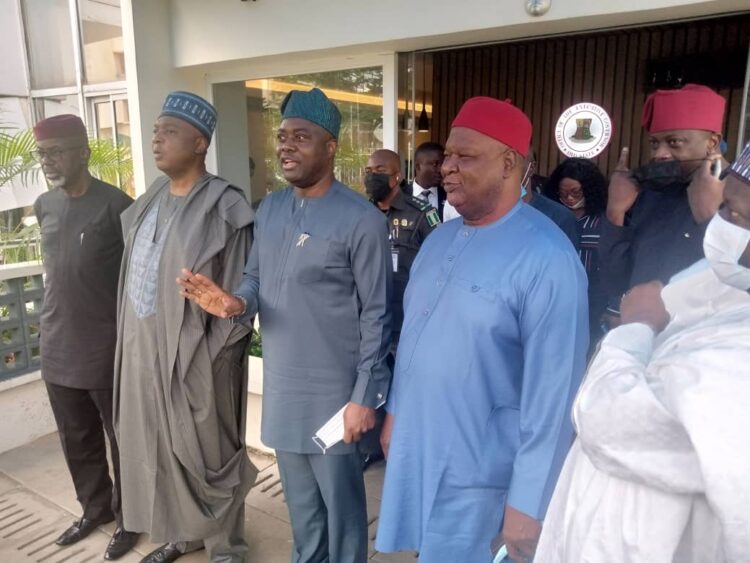 Former Senate President Anyim Pius Anyim, and former governor of Cross River State, Liyel Imoke, who are all members of the PDP National Reconciliation Committee alongside other top national PDP leaders were among the entourage who met with Governor Seyi Makinde.

Details still sketchy about the purpose of the visit as at the time of filling this report.

But sources within the secretariat opined that the visit is targeted at reconciling all aggrieved party members in Oyo state chapter of PDP who left party members in the state with a sigh of relief.

It was gathered that the PDP leaders went straight to Governor Makinde’s courtesy room for a brief closed door meeting.

Addressing Governor’s office correspondents shortly after their closed door meeting, Governor Makinde said that the team has one or two meetings to hold with unspecified others speculated to be some of the aggrieved members of the PDP in the state.

Makinde however, assured that the press will be duly briefed on the outcome of their meeting.