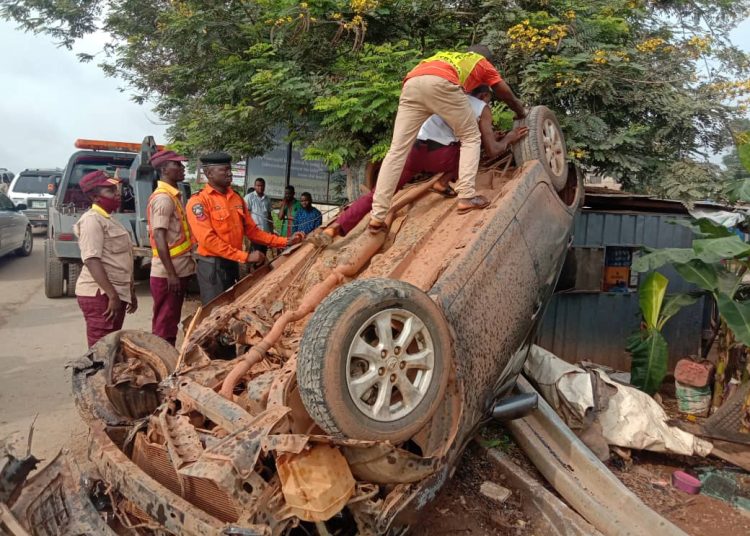 GOALPOACHER news reports that the Executive Chairman of the agency, Mogaji Akin Fagbemi, disclosed this on Tuesday.

Fagbemi who said that the accident occurred around 8am, noted that there were no deaths recorded.

The chairman attributed the cause of the crash to reckless driving and over speeding.

He added that the OYRTMA Rescue Team, General Gas Command and the Nigeria Police were at the scene to clear the obstruction of vehicles and ensure free flow of movement while the vehicle has been towed to Akobo Police Station for further investigation.