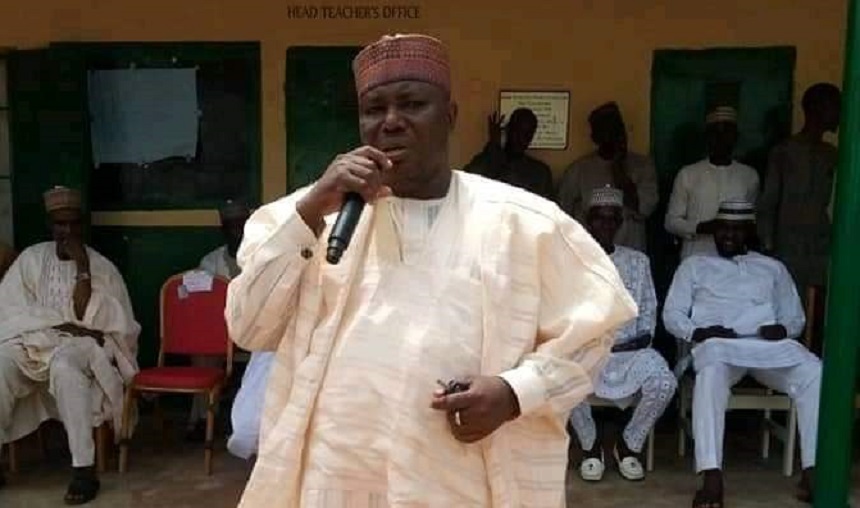 The caretaker chairman of the All Progressives Congress (APC), Yola South local government of Adamawa State, Alh. Sulaiman Adamu has taken a swipe at President Muhammadu Buhari saying that if wishes were horses, he would have wished coronavirus kill the president.

Adamu who made the spiteful and denigrating remark, said, if he is asked to choose between Buhari and his Vice, Yemi Osinbanjo he would pick the latter with dispatch.

The APC chairman according to reliable sources made the statement during a meeting of some high profile stakeholders of the party, including the immediate past Governor of Adamawa State, Muhammadu Umar Jibrilla Bindow and the immediate past Speaker of Adamawa State house of assembly, who is the incumbent member representing Yola south constituency in the state house of assembly, Kabiru Mijinyawa.

Other APC stalwarts present at the meeting are, Yusha’u Adamu who served Bindow as adviser and Abubakar Umar Sirimbai who was a former development area chairman.

Sources privy to the development said the meeting took place on Sunday August 8, 2021 at the residence of the former commissioner of local government and chieftaincy affairs, under the Bindow administration, Mustapha Barkindo Aliyu Mustapha, between 3:00pm to 5:00pm.

In an audio clip made available to our reporter, the APC chieftains were heard making spiteful and denigrating remarks against the person of President Muhammadu Buhari without let or hindrance.

“I don’t know why coronavirus did not kill Buhari. If the president is placed side by side with Osinbajo I will pick Osinbajo and leave Buhari,” the chairman was heard lamenting in the viral audio clip spoken in Fulfulde.

Also lambasting the president, Abubakar Sirimbai in another sneering vituperation, said, it is better for the accursed president to die so that Osinbajo could take over the reigns of power.

“It is better for the accursed president to die so that his vice can assume the reigns of power. We sold our properties to help the president win the election. We bought under wears, braziers, and cosmetic which we used to give him a make up. If I’m averse to Osinbajo becoming the president, may God not give me the privilege of living till evening.

” Buhari has achieved nothing in Adamawa in the last six years. APC in Adamawa thrives on the legacies of Bindow. We heard that Buhari used to be extremely happy whenever he learnt someone has gone bankrupt. We can’t be worshipping him like others, ” Sirimbai said.

Also chipping in, the former speaker of the state house of assembly, Mijinyawa in apparent approval of what others have said added that, “Osinbajo is our own.”