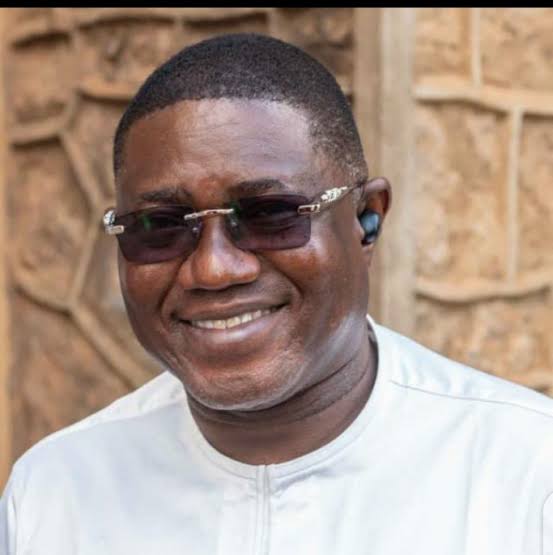 Sahara Reporters had on Friday accused Adeleke and some other top staff or the company of allegedly selling buses as scrap.

While reacting, the group in a statement signed by its spokesman on Saturday, Gbolahan Ige, described the news report by Saharareporters as outright and blatant lies against the Chairman of Oyo Pacesetters Company, Dare Adeleke.

ISYM says it has evidence of payment and collaboration between the APC-YA and some top politicians who have been destabilising the South West and are constantly exposed by Mr Adeleke.

“It is either the so called APC group is too daft to read to understand or are just paid to destroy the name of a good man.

The group wondered why Saharareporters mainly, and the other nondescript online medium twisting facts could easily be bought by allowing a mongoose of a reporter bring it’s name to disrepute.

The Statement reads: “We have watched with horrifying consternation, the conspiracy of some politicians against the person of Mr Dare Adeleke.”

“It must be noted that Mr Adeleke remains one of the warriors of our time who is bold enough to expose the treachery of these people who are hell bent on selling our zone to the APC.”

“It is abhorrent and disgusting that a man puts up a defence in simple English and the response is now being twisted as if we do not understand English.”

“The reports of Sahara Reporters, mainly and the other nondescript online medium twisting facts is not journalism as we know it. It is sad that the otherwise respected Sahara Reporters has allowed a mongoose of a reporter bring it’s name to disrepute.”

“The screaming headline of the Westerndailynews, saying, Adeleke to Resign, which is totally different from the content of the news, is indeed why there is need to push for stricter Cyber Laws.”

“Mr Adeleke is not guilty of any crime and will not resign.”

“In his response to the Sahara news accusing him of selling 22 buses left by the Ajimobi government as scrap, Adeleke clearly stated that he buses were refurbished.”

“He said the buses were to be sold out as scrap by the Ajimobi adminstration but upon resumption of the Makinde administration, they were rehabilitated.”

“It is not a new thing for obsolete and unserviceable buses to be sold but due process must be followed. However, we must remind the detractors that this Administration has increased both in value and income and the fortune of Pacesetter transport services has never been so prosperous.

In spite of the challenges of spare parts of the Daewoo buses processed by the last administration which warranted the attempt to sell them off to Primero, a company owned by an APC stalwart, the Makinde administration turned the fortune of the company around by investing in spare parts to bring back over 30 grounded buses and continue to maintain the 20 operational buses it met on ground.”

While saying it is not out of place to sell unserviceable buses, Adeleke did not for once admit that he sold any bus as scrap or otherwise.

Mischief makers have totally quoted him out of contest either for their own agenda or attempt to satisfy their pay masters.

Adeleke, from his submission, for anyone who can read simple ABC, positioned that buses were not scrapped and those that were to be scrapped by the APC were refurbished.

It is bizarre that a journalist or blogger will  display such intellectual impairment as Sahara Reporters and other online media without doing due diligence.

In all of this, we the Ibadan youths stand with Engineer Seyi Makinde and his staunch defender, Dare Adeleke.

If we have more of Adelekes in Oyo State, those political traitors among us will tread more carefully.

We are using this statement to advice Mr Adeleke to press for legal redress against the erring news media as soon as possible.