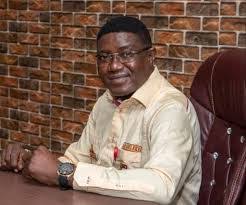 The Executive Chairman, Oyo State Pacesetter Transport Services (PTS), Hon. Dare Adeleke has assured that the current security issues would be a thing of the past.

This contained in a congratulatory message to muslim faithful in Oyo state as they celebrate Eid-el-Kabir tomorrow.

The PDP stalwart who noted that the situation is not peculiar to Oyo State, enjoined Oyo residents to keep praying for peace and progress in the state and Nigeria at large.

He urged the Muslims to adhere strictly to the teachings of Islam in the areas of love, brotherliness, piety, peaceful co-existence as well as tolerance which will greatly help the Makinde-led administration to achieve its four cardinal agenda for the state to the fullest.

Adeleke commended Governor Seyi Makinde for implementing economic policies that have made the state viable despite the present down turn of the economy.

He urged Muslims to shun social vices as contained in the Quran as such are not only detrimental to individuals’ wellbeing on the long run but also harmful to the fabric of the society in various ways that may not be immediately seen.