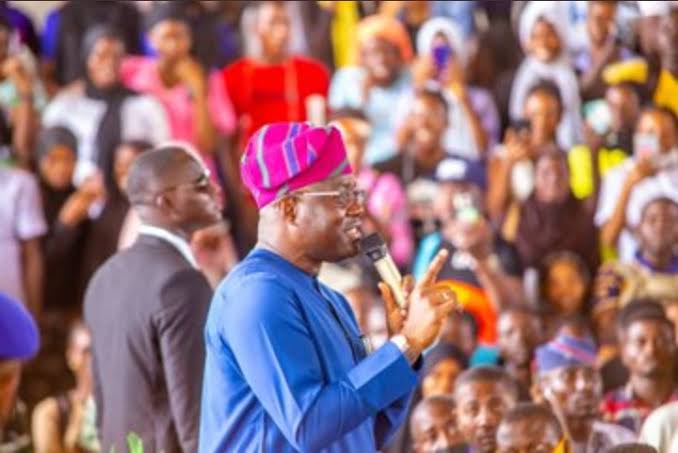 Overtime the commitment of the Oyo state Government to LAUTECH has always been one Worthy of Commendation and with no doubt has the student’s community awakened to the reality of applauding the Governor *THE DESERVING AUTHORITY OF OYO STATE*.

On this note I’m presenting my note of gratitude to the Governor for his unfailing commitments to LAUTECH.

The Sage has declared _”Man is born free but always in chains”_. It is important to note that Man has always fight several survival’s battles because at every point in time he’s to make decisions whether or not to be bound or free.

Sequel to the Official Release of the LAUTECH Management addressing the student’s populace that Non Payment of tuition will not allow the students the opportunity of writing the examination.

It is important to recall that LAUTECH though being the cheapest State University in the West has about 40% of her students to be indigents and 30% are sponsoring themselves, while the remaining 30% are either born with a silver spoon or have a guardian striving to sponsor.

Your Excellency sir,on your last visit to the University, having observed the students’ community, you had to reduce the tuition fees in other to help ease the burden of students & struggling parents.

On this note, I’ll like to bring to you that even students that are not allowed to write exams because they could not meet up to the stipulated deadline will automatically fail all the courses and will still pay for the exams they were not able to write,even as they pay for an extra year as well. So a student who couldn’t even afford a fee at the stipulated deadline will have to pay double later.

Also we all are aware of the havoc the covid’19 perpetrated as many businesses and individuals are just getting back on track with the efforts of Government, NGOs and Special Organizations assisting the citizens. Many of the students who are sponsoring themselves also suffered great set backs because of covid but not allowing such students that can never graduate without paying up the fees an opportunity of writing the examination will be a bad idea.

Sincerely, we know the staffs of the university deserve their salaries,but recognizing your unending disbursement of funds to the university, we plead that the University reconsider their decision because many can’t even prepare well for the forthcoming examination again,since the official release from the university was served.

Your Excellency, I will like to bring to your reminder that the last time such policy was used about seven(7) different individuals attempted suicide, the aftermath of depression, low self esteem and bitterness resulting from guilt of not writing the examination as at when due.

So in a bid not to witness another unrest from the university I’m pleading to the state Governor to please intervene and all students should be given an opportunity of writing the examination.

_Only those who survived war, knows the truth of war_

Sir, knowing the problem associated with _not writing exams with one’s collegues_ one will know there’s need for school to extend the tuition fee payment till after exams and not restrict them from doing this exams.

_on behalf of the Concerned students_