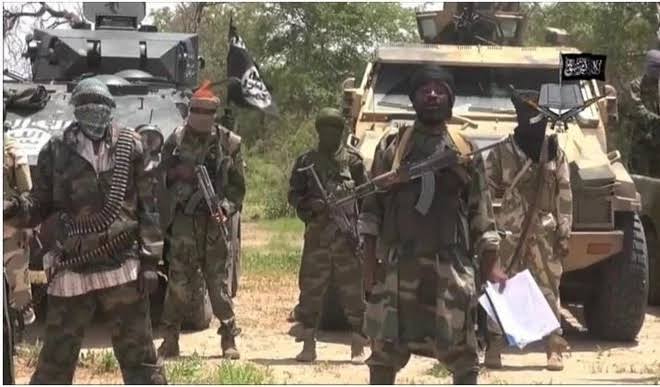 A delegation of the United Nations and international donors has said that 8.7 million people in the North East need immediate assistance as insurgency continues to ravage the region.

The delegation also revealed that 3.2 million individuals were displaced by the insurgency in the region, with 4.4 million food insecure people at crisis and emergency levels and millions of civilians subjected to extreme hardships.

According to the delegation, in the North East alone, 13.1 million people live in areas affected by conflict, 8.7 million of whom are in dire need of immediate assistance.

The head of cooperation of EU delegation to Nigeria and ECOWAS, Ms Cecile TassinPelzer, said, “Today’s high-level visit to Borno State, including Banki, has been a great opportunity to reassert the EU and the international community support for the implementation of the Lake Chad Regional Stabilisation Strategy.”

Also, the US Ambassador to Nigeria, Ms Mary Beth Leonard, said, “We are grateful to our partners on the ground who directly implement programmes made possible through US humanitarian assistance, totalling over $1.45 billion over the past six years. There is no substitute for seeing and hearing from local residents and displaced families who are finding ways to live under the most austere conditions.”

The UN resident humanitarian coordinator in Nigeria, Mr Edward Kallon, said, “The mission today has shown the power in combining development and humanitarian efforts, and it is clear that we must accelerate these contributions and find innovative ways to end this decade-long conflict if we are to meet our global, national and state goals to build back stronger.”

The delegation visited key locations where they had an overview of the coordination and operational challenges relating to humanitarian and development programmes in the region.

The delegates also identified the development deficits in Borno, Adamawa and Yobe states and spotlighted humanitarian needs, particularly access to service delivery, security and the rapidly escalating food crisis in the zone. They discussed the worsening insecurity in the region and how the protracted conflict in Nigeria had affected the Lake Chad region, including the neighbouring countries of Cameroon, Niger and Chad in the last 10 years. They said the security situation remained highly volatile with non-state armed groups continuing to target communities as well as humanitarians, including in areas that were previously considered secure.

Governor of Borno State, Babagana Zulum, explained to the delegation that the visit provided the state government the opportunity to advocate humanitarian and development efforts and emphasise the protection of civilians in the context of a challenging and insecure operating environment and to highlight operational efforts in restoring the dignity of conflict-impacted communities through a people-centred approach paired with durable solutions.

He said, “Here in the Lake Chad region, we face one of the most severe humanitarian emergencies in the world. The uncertainty arising from the conflict is hampering normal life, making dependency on humanitarian assistance a necessity but an unwarranted norm.

“While we thank our committed international stakeholders for their strong partnership and generous contributions to the stabilisation of the North East, I call for continued support from all partners to continue to join us, wholeheartedly, in taking bold steps to promote development in the region.”

Also, the United Nations Development Programme (UNDP) said on Thursday that the North East’s conflict with insurgents had killed nearly 350,000 people as of the end of 2020. Reuters reported that the toll, given by the UN agency in a new study on the war and its impact on livelihoods, was 10 times higher than previous estimates of about 35,000 based only on those killed in fighting in Nigeria since the conflict’s start 12 years ago.

“The full human cost of the war is much greater,” the UNDP said in a report released with Nigeria’s Ministry of Finance.

“Already, many more have died from the indirect effects of the conflict,” said the UNDP, citing damage to agriculture, water, trade, food and healthcare.

A presidential spokesman declined to comment on the death toll. Nigeria’s war with Boko Haram insurgents and Islamic State West Africa Province has spawned one of the world’s worst humanitarian crises, with millions of people dependent on aid. The conflict shows little sign of ending. Children younger than five account for about nine out of 10 of those killed, with 170 dying every day, the UNDP said. If the conflict continues to 2030, more than 1.1 million people may die, the agency said.

“Destruction and displacement have set back development in the region by decades, and continued conflict will only further scar the region,” the UNDP said.