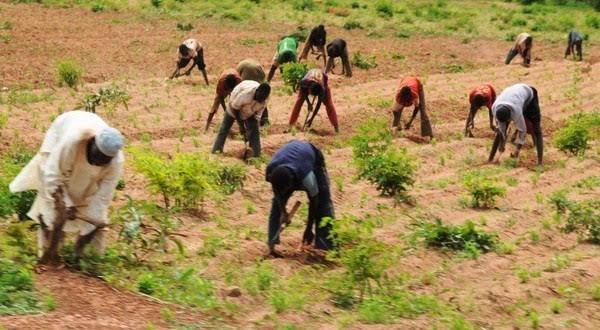 The Food and Agricultural Organisation of the United Nations has raised the alarm of impending food insecurity in the North-East region, saying insurgency has denied 65,800 farmers access to agricultural inputs in the area.

Speaking at the inauguration of the 2021 rainy season farming interventions at the Farm Centre, Maiduguri, on Thursday, the Country Representative of FAO in Nigeria, Fred Kafeero, lamented that inaccessibility to improved seeds and fertilizers, resulted in food insecurity and poverty among the populace.

He disclosed that the launch was the sixth rainy season farming intervention being conducted by FAO in Borno, Adamawa and Yobe states since 2016.

“Access to agricultural inputs for high yields also saves lives and livelihoods of farmers,” he added.

According to him, the distribution of seeds and fertilizers has contributed to the building of people’s resilience to conflict.

He said this year, 65,800 household farmers were supported with agricultural inputs and livestock restocking for fattening, while 40,000 farmers were targeted for the distribution of inputs.

Kafeero, while lamenting food insecurity, said, “The latest CH analysis results projected that over four million people will be in need of food assistance between June and August, 2021.”

He warned that there would be an increase of 19 per cent in food requirements.

The Borno State Governor, Babagana Zulum, who was represented by his Chief of Staff, Prof. Isa Hussaini, said the state had been devastated by insurgency, adding that 70 per cent of farmers were affected with the destruction of their means of livelihood. (Punch)