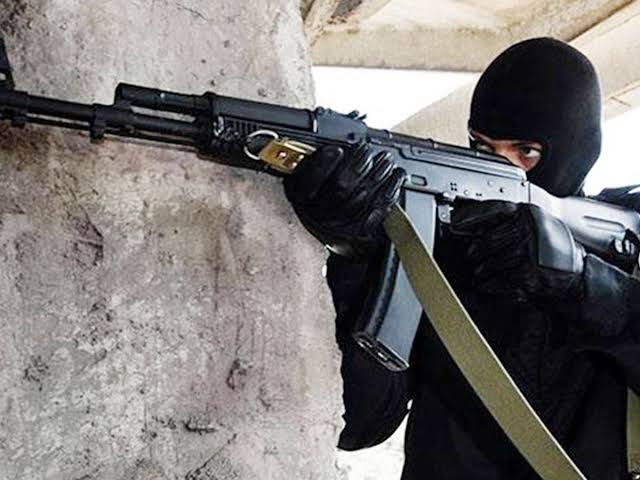 There is palpable tension among residents of Olopa estate, a community in Ofatedo, Egbedore local government area, Osun state as robbers send notice of intent to rob the area.

The notice, sighted by Mouthpiece NGR, was handwritten and partly in Yoruba language, ordered the community to contribute the sum of N20 million to avoid being robbed individually.

It added that the N20 million should be kept with the community chairman for the robbers to pick upon arrival.

It reads, “Notice, this is to inform you that, we, thieves are coming to rob every house in your community or you should contribute the sum of N20 million and keep it with your community Chairman for us to pick up when we come.

“We are coming with full force and we will kill any of your securities that intend to disturb us.”

A resident, Tejumade Adewale said the letter has created a lot of confusion in the community as some residents have stopped sleeping at home.

“Despite that, the community has increased the presence of local vigilante in the area, some residents only come home during the day to pick what they needed and return to their shops without returning home to sleep at night.

“We call on security agencies to come to our aide and should treat the issue seriously”, he said

Reacting to the development, Osun Amotekun Field Commandant, Comrade Amitolu Shittu said the corps is aware of the letter and is well prepared for the “Visitors”.

He added that the threat is empty but adequate security has been put in place to curtail them.

“We have heard of the threat, but we believe it is an empty threat, notwithstanding, security has been beef up in the community to check any eventualities”, he said.