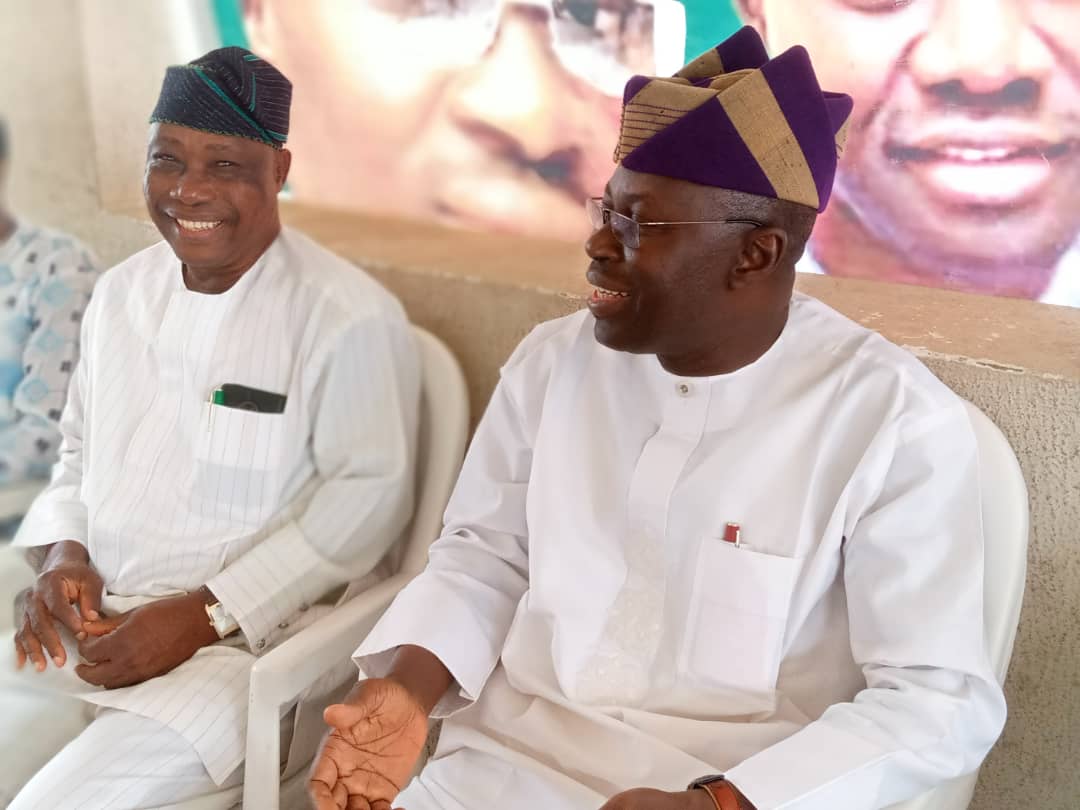 Bayo Lawal alongside some members of the Corporation visited Ambassador Taofeek Arapaja to congratulate him on his recent victory.

The former Oyo Deputy Governor won the southwest chairmanship seat of the Peoples Democratic Party (PDP) and declared winner of the hotly contested poll by chairman of the Congress and Benue Deputy Governor, Benson Abounu.