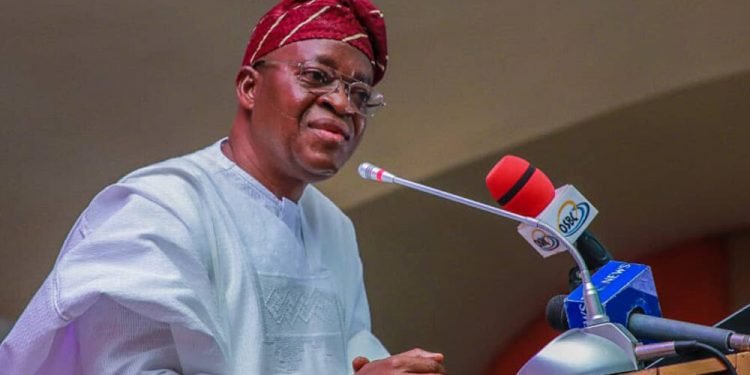 The Osun State Government on Thursday announced that lfeoluwa Grammar School Osogbo be shut following an invasion by scores of armed hoodlums on the premises of the school.

The Nation learnt that the incident happened Tuesday morning, February 16, 2021, at about 11:45 AM when some armed hoodlums invaded the school, causing mayhem in the school.

An eyewitness, said, “Egbatedo boys numbering about twenty invaded the school, they were brandishing cutlasses and other weapons. They sacked staff and pupils from the premises of the school because they were threatening to attack them. Reasons for their actions is not known.

“One person sustained machete cut and was taken to hospital before the arrival of the police to the scene. But the police arrested one of those hoodlums.”

The spokesperson of Osun Police Command, Mrs Yemisi Opalola, confirmed that one of the armed hoodlums that invaded the school was arrested.

“Our men swiftly moved to the school that was invaded by armed youths, we arrested one of the suspects who was cut on his head and left arm. We took him to Osogbo Central Hospital for treatment and we are monitoring him closely.”

However, the Nation gathered that there was uneasy calm in the around the school.

Subsequently, a statement by the Coordinating Director of Ministry of Education, Mrs Kehinde Olaniyan, announced the closure of the school on Thursday.

She said, “This is to inform the general public especially parents, guardians and students of lfeoluwa Grammar School Osogbo, that the Honourable Commissioner for Education has directed that the School be closed down temporarily until further notice.

“This step is necessary to prevent the breakdown of law and order occasioned by the invasion of the School by hoodlums and cultists masquerading as students. Parents and guardians are advised to keep their wards at home while the closure lasts.”

She added that the Ministry is working round the clock to ensure that the hoodlums are arrested and prosecuted accordingly.