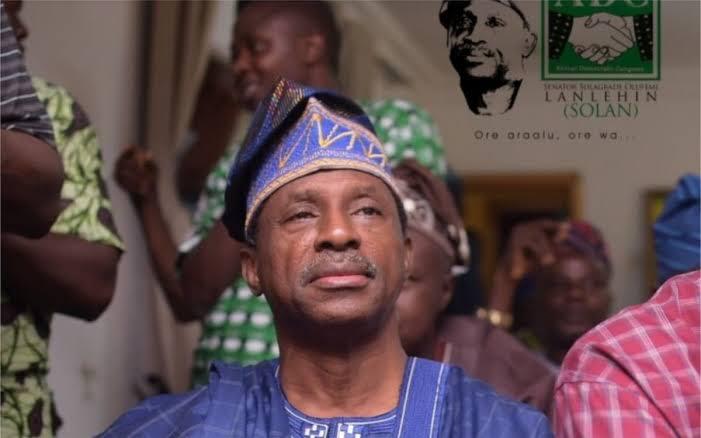 In the past few weeks, Nigeria witnessed series of protests, which though initially began well, as youths demanded reforms to the existing policing structure, and pointedly requested the disbandment of the notorious anti-robbery squad, the Special Anti-Robbery Squad (SARS), was hijacked by nefarious elements, who utilised the opportunity of the very peaceful protests, to commit atrocities inimical to the peace and progress of society.

Those peaceful protests, which began online, gained traction and mileage, when several physical venues played hosts to many, mostly youths, wearied by the excesses of the now-disbanded police unit, agitated loudly, culminating in a number of demands, highlighted in the 5-point demand submitted to government.

In all of these protests, whose style, strategy and structure differed from one area to another, and was driven essentially by the youths’ depth of the nuances and deployment of social media, was a central theme – a radical departure from the ways of the past, to a new, advanced, inclusive and modern way of life, wherein the peoples’ rights and privileges are upheld and granted, without necessarily agitating.

As the protests became widespread, and were even commended for what they represented – a critical requirement for the functioning of a workable democracy, their hijack by elements desirous of foisting anarchy on the nation is most unfortunate, and highly condemnable.

That these nefarious elements could even embark on a looting spree of public and private properties and businesses, to pollute the air of otherwise peaceful and thoughtful protests, in the first instance, stands fervently condemned.

As a spin-off from those protests, now is the time for governments to put in place measures that build trust and confidence in the Nigerian project, as well as enunciate policies that makes life, and indeed, living in Nigeria, a worthwhile experience.

While one appreciates the proactiveness of the National Economic Council (NEC), headed by the Vice President, Prof. Yemi Osinbajo SAN, in recommending, and the various states, especially those in the Southwest, in instituting panels of inquiry into the remote and immediate causes of  the crisis, especially with regards to the activities of the now-disbanded SARS, with a view to prosecuting all those alleged of human rights abuses, as well as compensation for these victims too, one calls on governments to ensure they build the Nigeria of our dreams, where equity, justice and fair play are a ringing criteria in decision-making.

As the commissions of inquiry are supported to undertake their assignments, and are backed with the necessary resources for a successful exercise, governments must not shy away from removing reasons which birthed not only the protests, but also the ensuing looting. As victims of SARS’ brutality are identified, compensated and rehabilitated, and structures put on ground to avoid a recurrence, looters and sponsors of mindless anarchy must also be carefully identified, and prosecuted, to serve as a deterrent to others.

Carrying out all the identified reforms, began by the quick and timely disbandment of SARS, to a lucid conclusion, would surely be a step in the right direction.

Also, one must necessarily spare a thought for all those killed in the unfortunate chaos that ensued during the protests. Deaths, of any kind, is regrettable – losing such in the melee of what began as peaceful protests, is even more regrettable. While one prays for the repose of the souls of the departed, whether civilian or police, one calls on government to honour their memories by building a society devoid of abject poverty, impunity and lawlessness, ensuring that all the rights and privileges, vouchsafed in the Nigerian Constitution, are respected to the fullest, as adequate compensation is paid to all deserving of it. On no account must anyone lose their life and/or limb, for issues that are most avoidable like this.

In the light of this also, it is important for one to reiterate that attacks on policemen, policewomen and police assets be stopped forthwith. For all of its advertised excesses, it is important to know that no nation exists without a functional, effective and efficient police, for the absence of same, is a direct presence of disorder, anarchy and lawlessness. Police reforms, carried out to the hilt, and not the destruction of police assets, is the way out. Reforming the police, begins from the curriculum of its training, to the adequate remuneration of its personnel, as well as the institution of platforms for the reportage of human rights abuses. When both the police and the people are made aware of the rights and privileges open to them in their interactions, each party, without much prompting, will behave lawfully. Should these reforms be implemented to the letter, the police all of us can be proud of would be born in no distant time.

The Nigeria of our dreams will be possible when all governments become truly pro-people, and the people consequently become respecters of the law. In both instances, society becomes the better off.