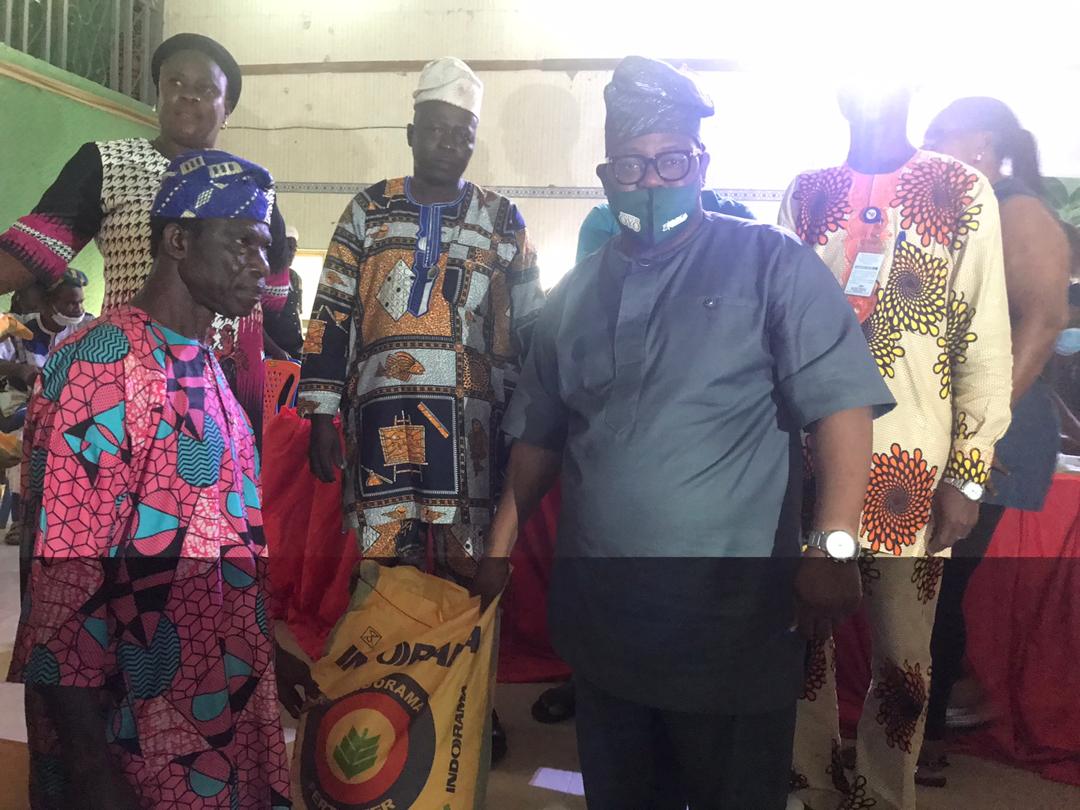 Timothy, who officially unveiled the distribution exercise, on Tuesday, at the Lagbami Osekun Civic centre, said the gesture was in line with the state government’s resolve to create an enabling environment for would-be investors to invest in the state.

While addressing the farmers, he noted that increasing demand for food supply due to rapid growth in human population has triggered agricultural intensification in the last few decades hence his commitment to this initiative.

“We have selected about one hundred and fifty farmers that have one land each and above for this programme.”

“Initially, we were planning to launch this program in an open gathering but thanked God it rained heavily while distributing the fertilizers which is a sign of good omen”, he said.

“All these imputes you are seeing are going to be giving to the farmers according to their ward,” he added.

The chairman reiterated that the gesture was to assist farmers in the state in boosting their activities.

Speaking at the event, Onpetu of Ijeru, Oba Sunday Olagbami Osekun 111 appreciated the gesture of the chairman for deeming it fit to launch this initiative at this crucial time when farmers are languishing as a result of dearth of rain fall.

He further condemned in strong terms any form of political hocus-pocus which has been a great disaster to Ogbomoso.

“Community is angry with Ogbomoso politicians with the way they are fighting. They are depriving the town of monumental benefits.

The monarch with an inscrutable countenance pointed at the PDP chairman Ogbomoso South, Apostle Olamoyegun, to resolve conflicting issues among them and stop exposing the town to danger.

Others also noted that the distribution of free fertilizers to farmers across the town is the first of its kind in the local government.

In his words, the Supervisor for Agric, Ogbomoso South Local Government, Honorable Mobolade Zacheous Ajibade while speaking with Mouthpiece NGR shortly after the program reiterated that no local government chairman was committed to boosting agricultural activities than that of Hon. Oyedokun Oyeniyi Timothy.

“Apart from being the first chairman to do this, there’s no record since my involvement in politics about this initiative launched by local government chairman”.

He charged the farmers to make good use of the fertilizers to boost their farming activities.

In attendance included monarchs, representatives of CAN, league of Imams, Onisese, PDP party Chairman, members and host of others.