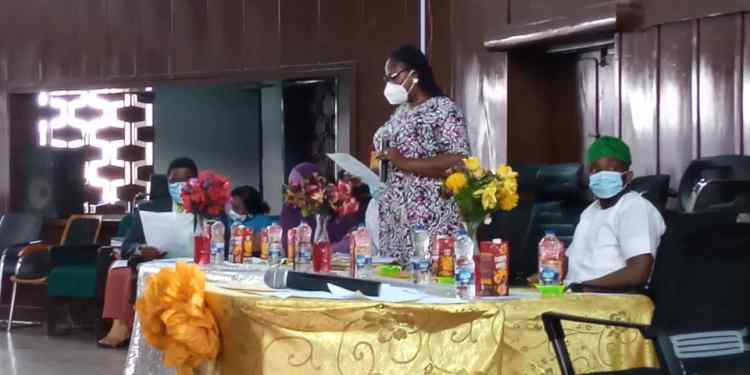 The meeting was to proffer solutions to incessant and different sexual violences in the state.

The two other bills are Violence Against Persons Bill, 2020 and Oyo State Sexual and Gender Based Violence Response Team and Referral Center Bill, 2020.

Speaking, the Chairman of the committee, Honorable Bimbo Olawumi Oladeji, “Child Abuse Sexual Offense is a gross violation of children’s right, yet it is a global reality across all countries and social groups. It can take the form of Sexual abuse, harassment, rape or sexual exploitation which can occur in homes, institutions, schools or workplaces. It is evident that sexual violence can have serious short and long term physical, psychological and social consequences not only for girls and boys for the families and communities.

“The Second Bill tends to prohibit all forms of violence against persons in private and public life and to provide maximum protection and effective remedies and punishment for offenders. Violence Against Persons comes in so many forms including physical, sexual, emotional and mental. Traditionally, domestic violence is mostly committed against women, but this Bill tends to take care of both men and women because violence are also being committed against men. Common forms of violence includes rape, acid attacks, molestation, beating and corporal punishment. The rate of violence against person in our society today is very alarming, daunting and sky – rocketing whereby homes and turned to boxing rings and family unions have become Trojan battles.”

“Similarly, the Executive Arm of Government under the leadership of our amiable Governor, His Excellency, Eng Seyi Makinde has deemed it fit to also propose to establish a gender Based Violence Referall and Response Centre which would propose, plan and promote strategies to prevent and combat sexual and gender based violence cases in Oyo state.”

While speaking, the Commissioner of Ministry of Women Affairs and Social Inclusion, Alhaja Faosat Joke Sanni appreciated the Oyo Assembly members for their relentless efforts at ensuring the acceleration and facilitating of the bills.

Oladeji noted that Oyo State has witnessed an increase in violence since the pandemic Covid-19 started causing a major humanitarian crisis adding that the Ministry has the mandate to promote the rights and well-being of women, children, the aged people, with disabilities, destitute and the less privileged.

Those who also contributed were the Attorney General of the state, Professor Oyewole Oyewo, SA to the Governor on Diaspora matters, Mrs Bolanle Sarunmi Aliyu, representatives of the Nigeria Immigration Service, Nigeria Society of Civil Defence Corps (NSCDC) and notable Non-governmental organization in the state.