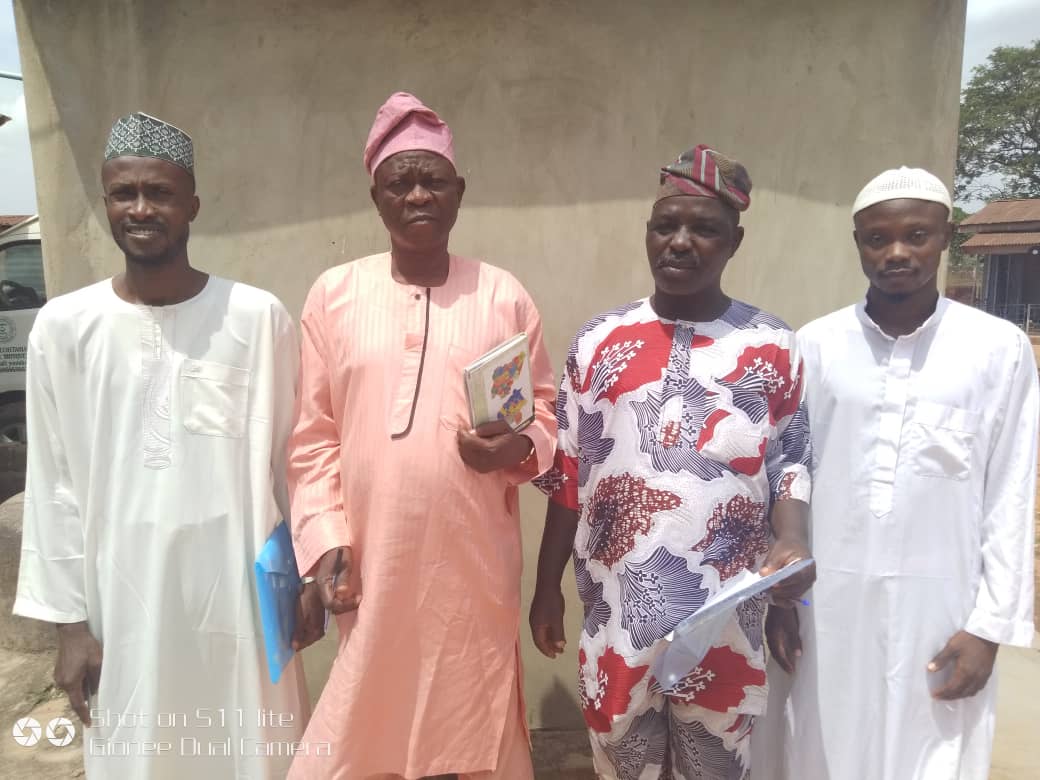 The Young Muslim Brothers And Sisters Of  Nigeria(YOUMBAS), a prominent muslim organisation that has being fervent in Dawah activities in Nigeria since 1974 has felicitated with the President of the Federal Republic of Nigeria; His Excellency Alhaji Muhammadu Buhari, The Amir Mumini of Nigeria & Sultan of Sokoto; His Eminence Sheikh Saad Abubakar, The Aare Musulumi of Yorubaland,Edo and Delta States; Alhaji Dawud Makanjuola Akinola, The Grand Imam of Oyo State; Sheikh Abdul-Ganiyy AbuBakr Agbotomokekere, Muslim Leaders, Imams, Muslim Groups & Organisation and The Entirety Of Ummah around the nation and the world in general on the occasion of Hijrah 1442, an occasion that symbolizes the migration of the Holy Prophet Muhammed (S.A.W) from his city of birth Makkah to Madina based on Almighty Allah’s instruction after incessant persecution in the cause of propagation of Islam by the Kuffar of Makkah.

The Group Beseeched Almighty Allah (SWT) to continue to grant Governments at all levels guidance towards making life better for  people and for World to be cleansed of the COVID-19 Pandemic presently ravaging the air all around the globe.

In a statement signed by both the Oyo State Amir and  State Scribe, Alhaji Ismail Aderibigbe & Bro Sulaiman Adedotun respectively, YOUMBAS ANJAENA as a broad based Islamic group has  observed the various discussions on the Hijrah Holiday and admonished  Islamic leaders, groups and the entire muslims in Oyo state to  maintain good relationship with the Government as led by Governor Seyi Makinde and continue to promote the peace & good neighborliness with all citizens of Oyo State as ordained by Allah (SWT). Oyo Muslims are charged to be partakers of good governance by exploring the option of constructive criticism and efficient dialogue rather than confrontation and issuance of fatwa that are inimical to peaceful coexistence.

This is believed to be good steps towards achieving well designed developmental goals for the benefits of all citizens and creating environment where Islam could better be propagated and opportunities will be given to vast majority of Ummah rather than a few selfish individuals.

YOUMBAS referenced the words of the Prophet (S.A.W) in Hadith Bukhari where Abu Umamah (RA) narrated that Muslims should always pray & never curse their leaders – *”Do not curse your leaders but invoke Allah to make them righteous for their righteousness bring about your wellbeing as well.”

YOUMBAS, in the statement endorsed by the National President General, who doubles as the Balogun Odo Musulumi of Yorubaland, Alh Abdulfattah Oloyede frowns at Muslim groups acting beyond their brief by issuing strong political words against the Governor of Oyo State and seemingly tending to provoke people of diverse faiths to anger, as this negates the cardinal principles of Islam and dictates of Almighty Allah SWT. Infact the Prophet Mohammad said: “Angel Jibril advised me continuously to take care of the neighbor till I thought that Allah is to make him an inheritor.”  while the Quran also advised in Quran 4:36 that Muslims should “Serve God, and join not any partners with Him; and do good—to parents, kinsfolk, orphans, those in need, neighbors who are near, neighbors who are strangers, and the companion by your side, the way-farer (ye meet), and what your right hands possess: for God loveth not the arrogant, the vainglorious.”

The statement reads in part: “Before we can sincerely help the needy, fight poverty, and strengthen our bonds in the Muslim community, we have to first understand our duty to our neighbors by not being vainglorious or judgemental!”.

“Muslim Organisations should stop arrogating the power of Almighty Allah SWT to themselves by believing they have any power to determine the future of leaders but should constantly pray Allah make us all partakers in the betterment of our people. It is important that we are sufficiently conscious of the words of The Prophet (SAW) that counsel Ummah to always live as if the next second isn’t guaranteed!”

“It’s noteworthy that the past Administration led by our late brother, Governor Abiola Ajimobi (May Allah forgive him & grant him comfort of the grave), with the aid of persuasion and dialogue not brute, in 2017 acknowledged the Hijrah day and in 2018 declared a work free day for Hijrah Celebration, a recognition Muslims of Oyo State will like to be officially gazetted to symbolise the noble spiritual journey of the Prophet(pbuh) as ordained by Allah. This we Fata relate with our Amir and various leaders and further humbly engage  Governor Seyi Makinde to ensure our good appraisal of his Religious Tolerance and balance actions towards the two most prominent faith is maintained.”

The group also gives kudos to the Governor’s painstaking attention that ensure a successful 2019 Hajj within the short period, massive renovation of the Ibadan Central Mosque to a befitting standard before the last Eid Adha, his  usual personal gifts to Ummah during the Ramadan & recent Eid, the on-going Construction of the new Adogba Mosque from his personal purse, his good efforts at providing a more befitting Muslim Burial Ground among many others.

His Excellency Governor Seyi Makinde was assured of the group’s support at all times, believing that he will continue to ensure justice and equity between Muslims and Christians.

The YOUMBAS similarly requests Governor Makinde to see Oyo State Muslims as partners in the course of taking Oyo State to greater heights and not as antagonists like some selfish Munafiqun will want the generality of Oyo people and Nigerians tag Ummah!

It seized the opportunity of the Hijrah 1442 to urge all leaders to continue to make people their major point of focus, reference and responsibilities while seeing challenges and obstacles as means of attaining greatness.