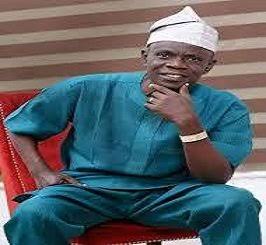 There was a serious drama at the plenary of Osun State House of Assembly on Monday as the lawmaker representing Ejigbo, Hon Adekunle Oyekunle, disowned the nominee of Governor Adegboyega Oyetola.

The governor had sent a letter to the House two weeks ago, nominating a former Senior Special Assistant on Legal Matters under Aregbesola’s administration, Mr. Adebayo Salmon, for screening as a member of Judicial Service Commission.

At the plenary which was presided over by the Speaker of the House, Hon. Timothy Owoeye, the letter was read and Mr. Salmon was called for screening.

The Speaker requested the lawmaker representing Ejigbo to give his word over the nominees because the resume indicated that he was an indigene of Ejigbo.

The lawmaker, Hon Oyekunle disowned the Governor’s nominee claiming that he does not know Mr. Adebayo Salmon. He said he is concerned about the availability of the nominee in discharging his duty when approved.

The Speaker, Owoeye stood down the plenary for one hour saying the action is necessary for the sanctity of the house.

However, a source told the Nation that the nominee since his letter of introduction to the house, he has refused to familiarise himself with Hon Oyekunle.