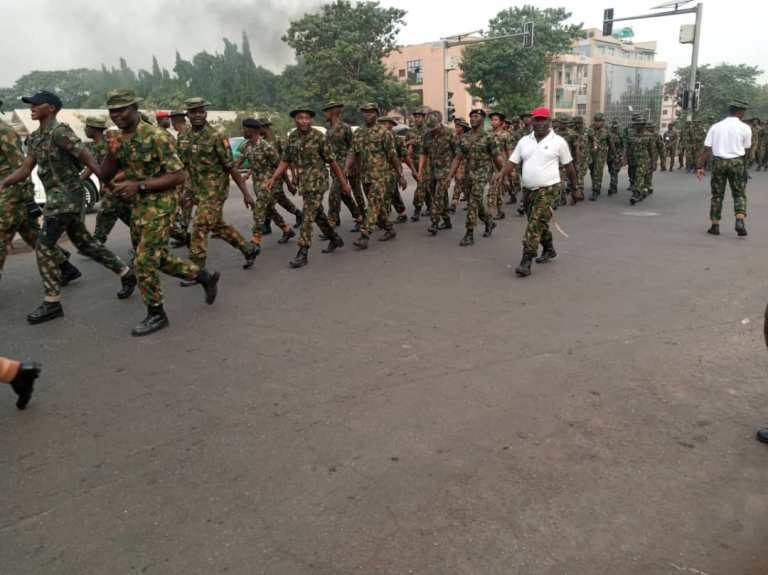 Member, representing Michika/Madagali Federal Constituency of Adamawa State, Hon Zakariya Dauda Nyampa, has said that fresh graduates from Nigerian institutions should be enlisted in the army instead of the mandatory one-year National Youth Services Corps (NYSC).

According to Nyampa, only those who may not have the interest of serving as military personnel should be allowed to venture into other endeavour after the mandatory one-year training and service in the Nigerian Army.

Rep Nyampa, who is a member of the Public Accounts Committee in the House of Representatives, made the recommendation during a virtual meeting organised by CLEEN Foundation tagged: “National Security

Strategy and Insecurity in Nigeria – Charting a New Course.”

Nyampa also advocated that capital projects of the Nigerian army and other security agencies, should be transferred to the state government adding that the state chief executives are spending a lot on security.

“They know the challenges, they know the terrain,” Nyampa said of the governors insisting that the security agencies should just receive their statutory allocations.

“All graduates should be enlisted into the army instead of NYSC. If they graduate without jobs, they became menace in the society. Having received military training, they can decide whether to continue with the service or not,” the lawmaker said.