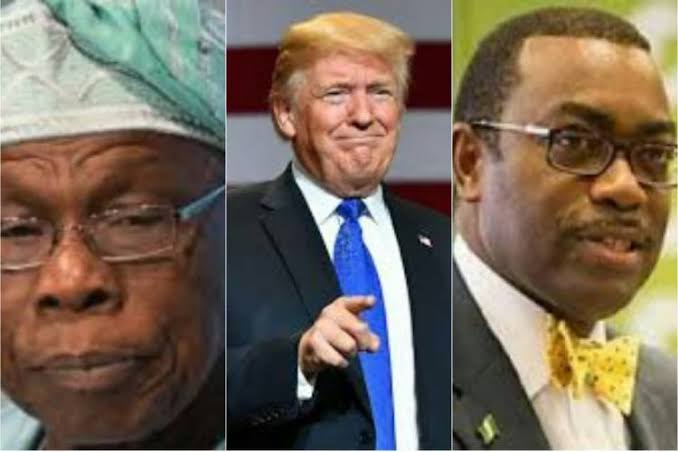 Former President Olusegun Obasanjo has blasted the United States of America for insisting on “independent investigation” into allegations of favouritism and others against President of African Development Bank, Dr Akinwunmi Adesina.

In a letter to the Board and African former leaders, Obasanjo said the clearance granted Akinwunmi, who he said has performed creditably well, by the laid down institutions should have put the matter to rest.

He questioned the insistence of US on “independent investigation”, declaring “it is outside of the rules, laws, procedures and governance systems of the bank.”

The former President lamented: “The US treasury secretary disparaged the bank and ridiculed the entire governance system of the bank which has been in place since 1964.

“This is unprecedented in the annals of the African Development Bank Group.

He called for solidarity in the fight to preserve the independence of the bank, stating the former African leaders should issue a joint statement “to support the laid down procedures embarked upon to evaluate the allegations and recommend that the Board of Governors as well as the Ethics Committee of the Bank should firmly stand by their process and its outcome.”

Obasanjo added it is “critical” to emphasise the need for the AfDB to remain an “African-focused development bank rather than one which serves interests outside Africa.

The US Treasury Secretary has called for investigation into the 16 allegations after Adesina, who is seeking reelection, was cleared by the Ethics Committee of the Board of Director and Chairman of the Board of the Governors of the bank.