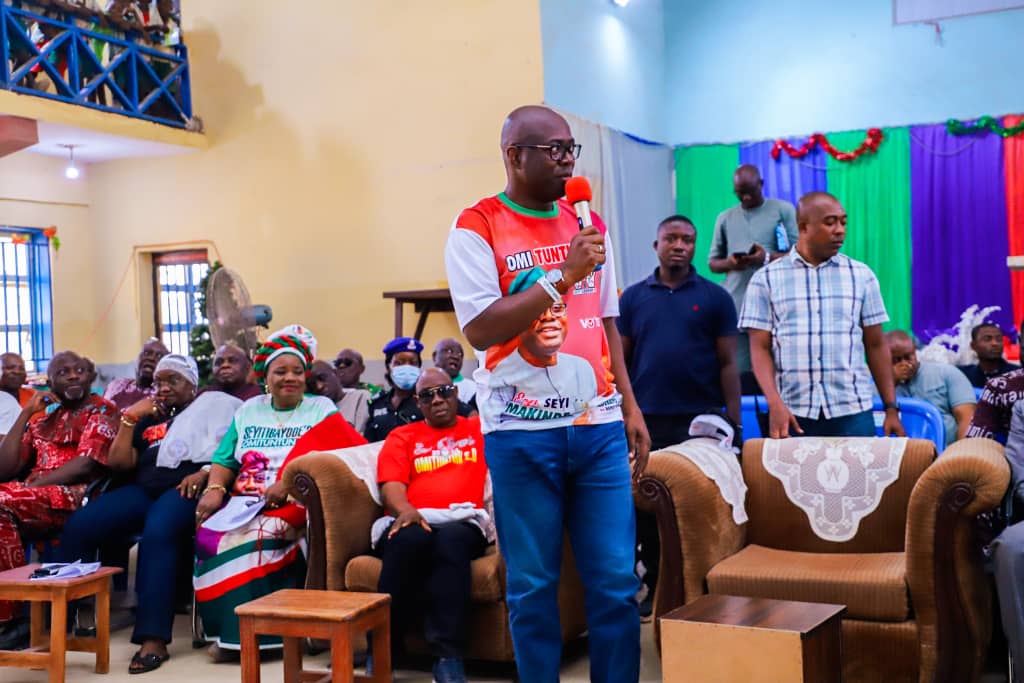 Oyo State governor, Seyi Makinde, said on Monday, as he took his campaign to Irepo Local Government Area of the state that his will to enhance economic viability of the area is by linking the old Irepo and old Ifedapo axes closely together.

Governor Makinde, who praised his deputy, Alhaji Bayo Lawal as a trustworthy man, said that he has been a good representative of  the good people of Oke-Ogun and Kisi in particular.

While addressing the non-indigenes resident at Sooro Village, Makinde said that if he is re-elected, he would implement Omituntun 2.0, which he said would centre on sustainable development and consolidation of gains already recorded by the administration under Omituntun 1.0.

He charged residents of the council to elect candidates of the Peoples Democratic Party (PDP) in the National Assembly, governorship and State House of Assembly elections, adding that  his administration has achieved quite a lot in the last 44 months.”

The governor added: “In our next administration, economically, the old Irepo and old Ifedapo will be closely linked together. This is the only place we have started intra-zonal linkage. In all other places, we have been linking one zone with another because of the economy of Saki which we want to turn to a major economic hub.”

In their remarks, representatives of the traditional council, religious and community leaders commended Governor Makinde for chosing one of the Children of the Kishi to be the deputy governor, pledging to work for the success of his second term bid.