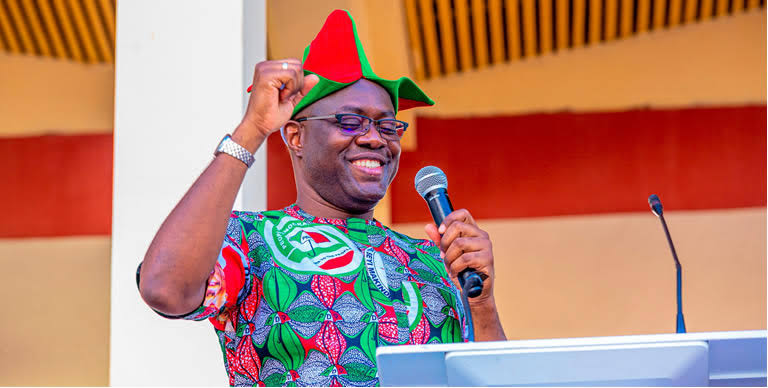 The chairman of Gov Seyi Makinde’s media team Prince Dotun Oyelade has advised opposition in oyo state not to engage in a wasteful gubernatorial venture that will lead to nowhere.

According to Prince oyelade in 2019 when seyi makinde depended only on  the sanctity of his mission and the faith the ordinary people had in him, he defeated all of them combined.

The power of incumbency, the Bourdillon machinery, the Presidency and limitless financial resources.

In 2022, by a fatal twist of political fate the two major contestants who engaged in a bitter fight for APC ticket at the Adamasingba stadium are again on each other’s throat only this time, they have not only managed ro decimate their APC they tore it into shreds with the other one going to a harmless party called Accord with half of what remained of APC.

According to prince oyelade, to the uninitiated, the clamour to rule oyo state is the reason for this self immolation but to those who know, it is all about Senator Teslim Folarin and Chief Bayo Adelabu who have sworn on oath to make sure that none of them will ever get to government house Agodi at least not in 2023.

Even if the splinter is not enough to finally sink the death knell of the APC in oyo state, Seyi Makinde’s outstanding achievements will do the job.

Prince oyelade said that his advice to the two gladiators to sheath their sword and not engage in a vainglorious venture is genuinely from the heart.

Obviously one thing both of them have in common, he said,  is the difficulty they are having in their attempts to put down the solid achievements of governor seyi makinde in the past three and a half years.

“You need to listen to the pitiable figures the two of them cut in the live interviews hosted for them at Agidigbo FM over the weekend” said the Omituntun 2.0 media team Chairman .