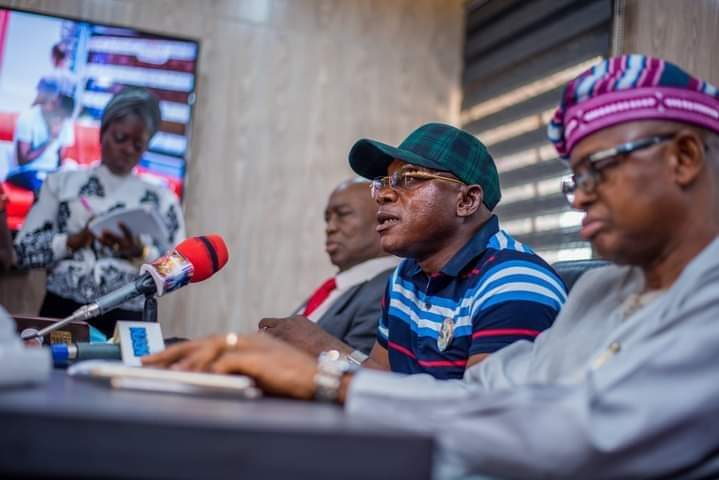 Sequel to the false assertion by one Adekunle Adeyemi fondly called Kunle Facebook as blogged and publicised by a fledgling “blogger” at a later of Wednesday, 7th September, 2022, the park management system crew immediately reacted to the false accusation but it came as a rude shock when the defamatory news broached online again.

The PMS Boss, Alhaji Mukaila Lamidi Auxiliary said as a father figure and a man of composure, he can not but warn Kunle Facebook to maintain a high level of decency, decorum, and etiquette especially as he claimed to be vying for a political post under the platform of the opposition party in the state (APC).

“I wonder what we play out if such a perfidious and treacherous element is elected to legislate on the floor of the Oyo State House of Assembly? It is high time the residents and indigenes of Ibadan North East decided on whom they will cast their votes for.”

“How would I have stooped so low to attack the campaign complex of Kunle Facebook, a neophyte, or his cohorts in the party when I have got a lot of crucial official assignments to attend to? Are my park managers that less-busy to attack vehicles or destroying the promotional advertorials of the opposition party(ies)? Common!”

While reacting to the press at his Podo office, the PMS Boss enjoined the press especially the online publishers to be more investigative in their reportage. Nobody should tarnish my image or use my name to draw undeserved public sympathy. I have been in my house at the time of the ugly incident. I don’t walk at night as a family man. My crew would have to rest for the next day’s duty, so where is that time to engage in pandemonium? Auxiliary asked!

I can not just say that I am tired of the pedestrian attitudes of the opposition parties, today Auxiliary, tomorrow Auxiliary, why? There is constant turbulence between APC and ACCORD, yet usually hide under the guise of Auxiliary. Even the purported Kunle Facebook was accused by his gangs and party members of the blatant lies when they saw him in good condition and his vehicles unaffected. I have been made more popular than ever before by the opposition parties, Auxiliary concluded.