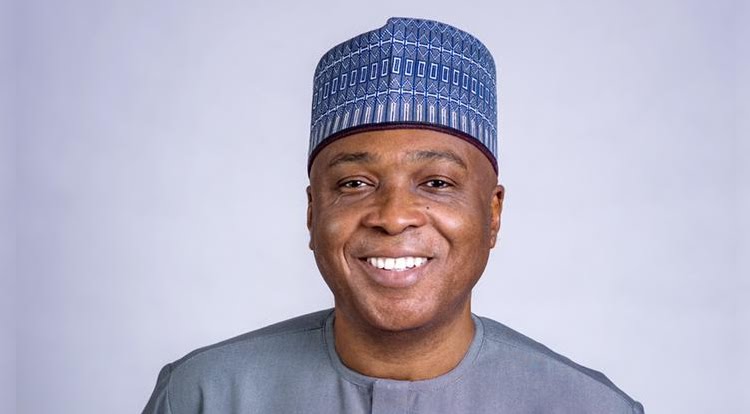 The Coalition of Saraki Advocates for Atiku (COSAA) has sternly warned the presidency in its efforts to politicise national merit award.

This warning of note was contained in a statement released on Monday to pressmen. The statement reads below;

“THE DELIBERATE EXCLUSION OF DR. BUKOLA SARAKI FROM NATIONAL HONORARY AWARD LIST; A STERN WARNING TO THE PRESIDENCY

“Our attention has been drawn to stories making the rounds in some sections of the media that the name of our prestigious former Senate President, Dr. Bukola Saraki may have been deliberately excluded from National Merit Award’s Honorary  Awardee List by some political honchos and nitwits in the presidency.

“To begin with, it’s imperative to note that the conferment of GCFR and GCON under the guise of the Nigerian National Merit Award (NNMA) are customarily bestowed on current and former occupants of the offices of the President, the Vice President and the President of the Senate in Nigeria respectively.

“However, these National awards, which are often reward for hard work, meritorious service, and patriotism are on the verge of losing their age-long prestige and high reputation by President Muhammadu Buhari-led administration through favoritism, nepotism, undue discrimination, and ethnic partisanship.

“A government who wants to indulge in such ridiculous exclusion should be reminded about pivotal roles played by Dr. Bukola Saraki in the course of nation’s development; as two-term governor and president of the Senate.

“He led the eighth Senate which was unanimously adjudged to be by far Nigeria’s most productive since 1999. By the end of May 2019, the Senate had passed 293 bills, a record-shattering number that towers far above the numbers passed by both the seventh and sixth Senate—-which passed 128 and 72 bills, respectively.

“He championed the passage of the constitutional bill that will lower the age requirement for various public offices so as to enhance and facilitate the participation of young people in governance. Not-Too-Young-to-Run Bill was one of the 12 Constitution Amendment bills which were passed by the 8th National Assembly and given assent by President Muhammadu Buhari.

“What distinguished Saraki-led Senate were its understanding and application of the principle of checks and balances in a democracy. This much was evident, in its cat-and-mouse relationship with the executive to avoid discrepancies of any kinds.

“It’s however unfathomable that such figure with unprecedented records of developments, patriotism, and meritorious service to nation building would be denied such a deserving statutory GCON award which he merited by all standards. This must have been an ideation of some APC honchos who found his success stories threatening and humiliating.

“Finally, Buhari-led government must be warned sterning on the need to upholds the standards for which the National Merit Award was instituted and ensure it devoids of political underhandedness to allow all statutory awardees earlier excluded including our prestigious former Senate President, Dr. Bukola Saraki be awarded accordingly.