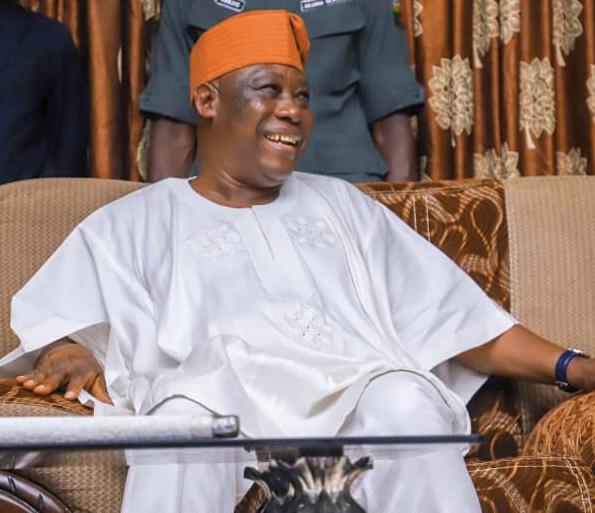 In this piece, Miss Jomiloju, one of the grandchildren of Oyo Deputy Governor, Barrister Adebayo Lawal, described the Aare Bamofin of Kishiland as a man of virtue and ethics who has achieved unparalleled heights in every area of life.

According to her, his boundless ambition and unwavering dedication to serving the good people of Oyo State set him apart from his peers and were the driving forces behind Gov. Seyi Makinde’s recent selection of him as Deputy Governor.

She wrote: “His Excellency, Deputy Governor of Oyo state, Barr Bayo Lawal is a man who has attained unprecedented heights in all facets of life; career-wise and politically alike.”

“He is a man of virtue and ethics. His unfettered determination coupled with total commitment to serve the good people of Oyo State made him stand out among contemporaries which informed his recent appointment as the Deputy Governor by Gov. Seyi Makinde”

“Having considered as one of the most successful lawyers who has invested heavily and paid his dues to attain the peak, he’s deserving of every respect, privilege accorded to his personality.”

“Moreover, as an active leader, he upholds the tenets of inclusiveness, diversity and equity so dearly and committed to creating equal opportunities for equal participation.”

“He exemplifies humility to a fault. The former Attorney General of Oyo State and Chairman of Oyo Housing Corporation, is a role model and mentors to known and unknown mentees.

He preaches success as an achievable struggle if focus, determination and consistency are jealousy channelled to the course of one’s goals.”