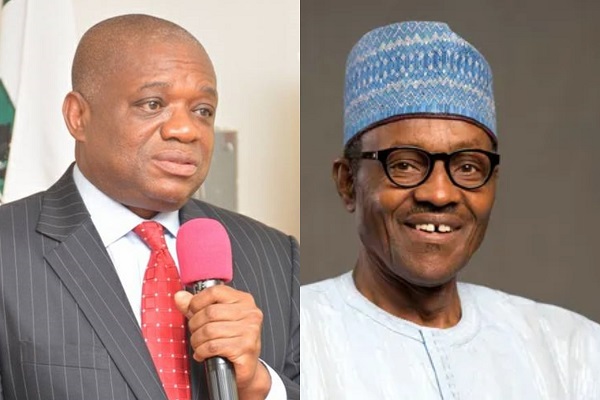 Opposition Senators and House of Representatives members had threatened to begin impeachment proceeding against Buhari if the security situation does not improve after six weeks.

However, analysts had described the threat as empty considering the cumbersome process for impeaching a president as contained in Section 143 of the 1999 Constitution (as amended).

Kalu, who spoke to reporters at the National Assembly, said no lawmaker is talking about impeaching Buhari since the security situation has since been improved.

He however said that the All Progressives Congress (APC) lawmakers have enough numbers to defend Buhari by killing any bill in that respect, should the opposition lawmakers attempt to raise the issue at plenary.

Kalu said: “The issue of impeachment is a non-existing issue. Nobody is talking about it. Even if they try, they will fail because we have the numbers to resist it.“President Buhari has done well in some areas and failed in some areas. The impeachment threat is a mere gossip. It is not possible.

“I know that senators were agitating about insecurity. You can see that security situation is improving.

“Generally, there is a daily improvement on security. We want to see the tempo being sustained. When the tempo is sustained, no Senator will mention impeachment of the President on the floor of the Senate,” he said.