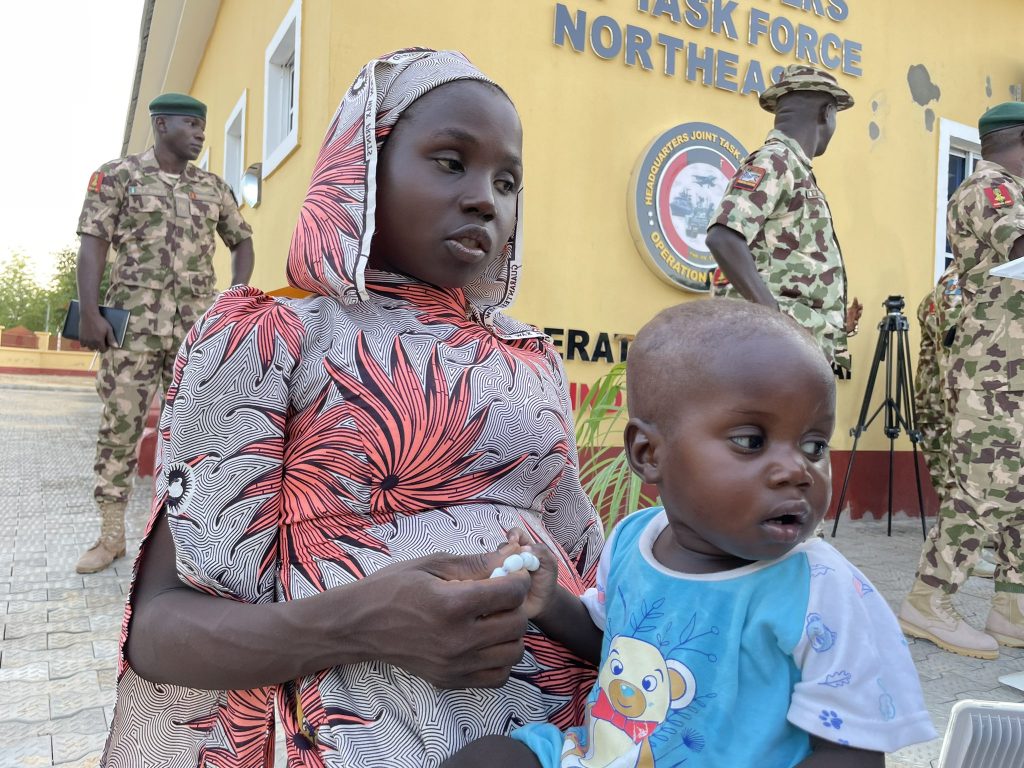 A Chibok school girl, Hauwa Joseph, has revealed that her escape from the Boko Haram camp in Gazuwa was facilitated by a massive incursion of the troops of the Nigerian Army into the location on June 12.

Hauwa made this disclosure while narrating her experience to newsmen in Maiduguri, the capital of Borno State, at a news conference which took place at the Command and Control Centre, Maimalari Cantonment.

She narrated that as terrorists were running for their own lives; and troops were gaining more ground in the camp, she used the opportunity to escape from the terrorists’ camp.

She said that “On my way, I met with some of the insurgents who asked me where I was going, but I tricked them by telling them that I was following some women to hide in the nearby forest.

“I slept under a tree with my child, then proceeded the next day until I arrived at the road where I approached a military checkpoint.

“Initially, they thought I was a suicide bomber, but when I explained my self, they took me along with them.”

Hauwa Joseph said she was married by force to one of the Boko Haram’s Commanders at Gazuwa camp, Amir Abbah, who was later eliminated during a face off with the troops of the Nigerian Army.

She appreciated the military for saving her, saying that she hoped other girls who are still in the captivity of the terrorists’ would be rescued.