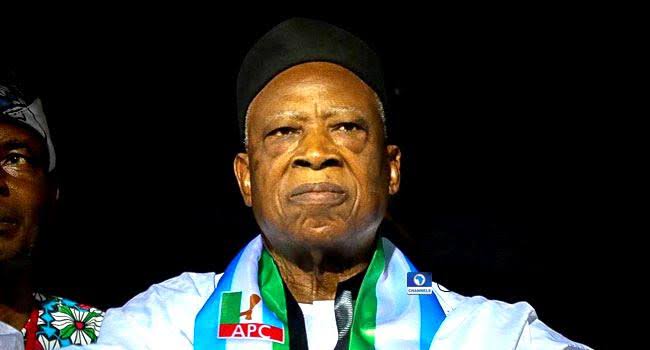 The National Chairman of the ruling All Progressives Congress (APC) Senator Abdullahi Adamu has upturned the report of the Presidential Screening Committee (PSC) that disqualified 10 out of the 23 aspirants jostling for the party’s presidential ticket.

He said the National Working Committee (NWC) of the party has not disqualified any of the 23 aspirants that appeared before the John Odigie Oyegun-led PSC.

Indication to this emerged on Saturday following intense pressure on the NWC to upturn the recommendation of the committee for disqualification of 10 aspirants.

Addressing newsmen in his office on Saturday, Adamu said: “I want to say very clearly that no aspirant has been disqualified. It’s like sitting in an exam. Even if you pass there is grading from first class to ordinary pass. So no aspirant was disqualified. Incidentally the pyresident has invited all of them to a dinner today.”

APC National Publicity Secretary of the party, Barr. Felix Morka also corroborated him.He insisted that the Oyegun panel report was not binding on the NWC.

Morka said: “The screening panel only made recommendations to us to prune down our list. But that isn’t binding on us. We gave them an assignment and they have delivered. We would now sit down and take a position on what they submitted to us.

“The party had not disqualified anybody. Or have you heard from the party that any of the aspirants was disqualified?”

Despite the judgement of the Federal High Court in Kano that favours the involvement of statutory delegates at the primary, Adamu said APC will stick by the elected delegates for the exercise.

The chairman said the party has filed Notice of Appeal and insisted that statutory delegates are excluded from Monday convention.

He said: ” We have served notice of appeal. The matter is in court. At the convention statutory delegates are excluded.”