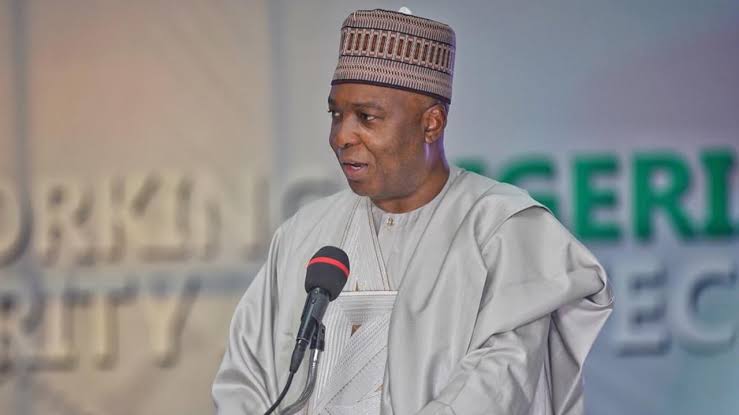 Former Senate President Dr. Bukola Saraki has urged Peoples Democratic Party (PDP) delegates in Ondo State to give him 100 percent votes at the party’s presidential primary because they would not regret voting for him.

Saraki told the delegates to see him as a son of the state.Saraki spoke in Akure as part of his nationwide campaign to canvass for votes from delegates.

He said the 2023 general election would be as important as the history of the country.

The former Kwara Governor said he had proven that he has the capacity following various innovations he introduced as Governor and taken a stand against borrowing for consumption as Senate President.

He assured that his presidency would be a bridge between the North and the southern region of the country.

He said: “The beauty is that the Northern Elders have spoken and I think we should go with that face issues that are before us, which is, ensuring that our party win the 2023 general elections and I particularly, to see that I win the party’s primaries and become the flagbearer of the party and lead the country and this is because I believe that I have a lot to offer and fix up this country.

“In my political career, I’ve shown and make sacrifices. Nigeria needs leadership that will provide employment and unite the country. Under my presidency, everybody will have access to free healthcare. When i was governor in Kwara state, I brought innovations.

“When I was the Senate President, we decided and singlehandedly passed a law that makes it compulsory for the provision for universal healthcare. No country can develop when it’s citizens still use disposable income to pay for health services.

“The country has never been this disunited. We want a Nigeria president that will be for all of us”, Saraki added.