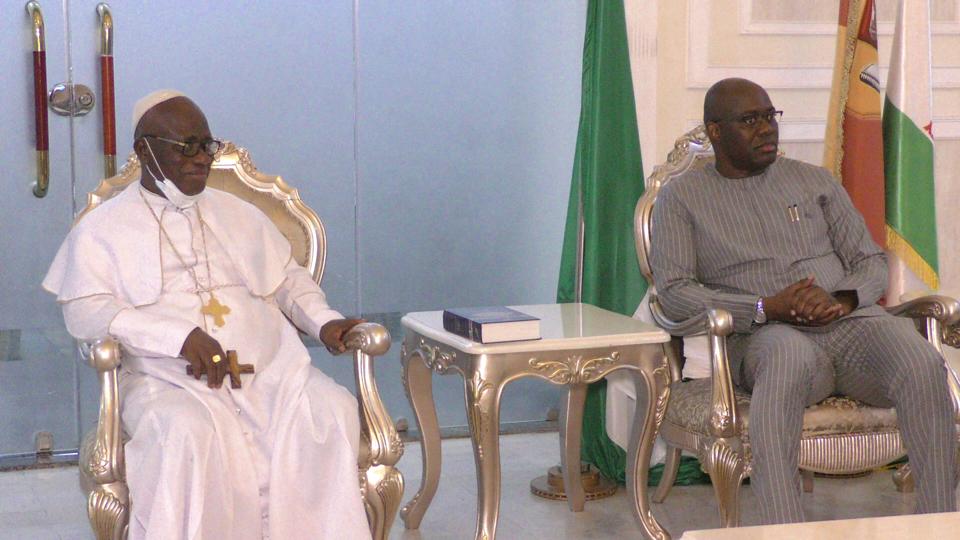 Oyo State Governor, ‘Seyi Makinde, has declared that his government will continue to improve the standards of education in the state.

The governor, who stated this  while hosting  the Prelate of Methodist Church of Nigeria, Dr. Samuel Kalu Uche, at the Government House, Agodi, Ibadan, said that  education is one of the key pillars of his administration.

A statement by Mr. Taiwo Adisa, the Chief Press Secretary to the Governor,  quoted Makinde as saying that the Start Them Early Project, ‘STEP-Oyo’, being operated in secondary schools, was introduced  to improve education standards in the state.

He noted that Methodist High School is one of the schools that have been selected for the project.

“This is a government that does not have any godfather apart from God the Father.

“So, it is a lot easier to lay out our programmes and follow them through because we are only accountable to the people.”

According to Makinde, education is one of the pillars of the present  administration in Oyo State, adding that whatever the government needs to do to improve the standards of education, will be done. “Methodist High School is one of the schools that we selected for the ‘Start Them Early Project’ STEP-Oyo Project.

“I have been there myself. I saw what they are doing and I want it to grow.”

Speaking earlier, the Prelate, Methodist Church of Nigeria, His Eminence, Dr. Samuel Kalu Uche, commended the  governor Makinde-led administration in the state for utilizing the little resources to develop the state.

He said: “We have gone to some places and saw what you have been doing. Concerning LAUTECH, immediately you came in, you paid all the staff working there and I see this as a commendable achievement.

“And you are also utilising the little resources which the state has to develop it. You pay your workers salaries, pensions and others. So, we are proud of you.”