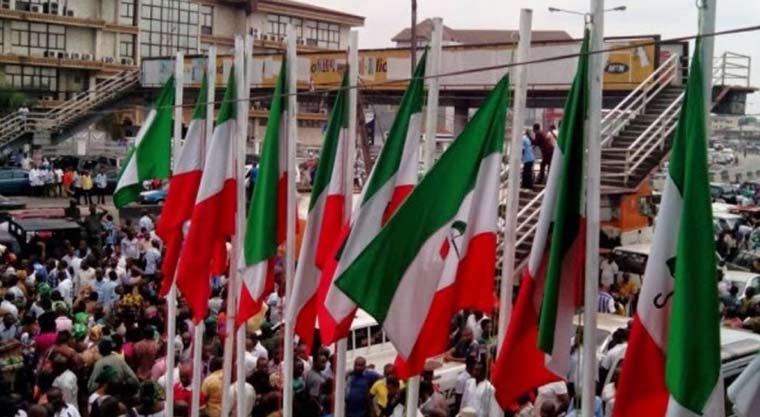 The caucus of Senator Ademola Adeleke in Osun State chapter of the Peoples Democratic Party (PDP) on Thursday suffered a huge setback as the party’s screening committee disqualified its preferred candidates for the post of Deputy National Chairman (South) and Publicity Secretary.

The party cleared 27 candidates to participate in the party’s forthcoming national convention.

While one of the aspirants dropped out of the race, three other candidates were disqualified for taking the party to court.

Chairman of the Convention Organising Committee, Governor Ahmadu Fintiri, disclosed this on Thursday at the party’s headquarters in Abuja.

He revealed that the screening committee led by a former Minister of Justice and Attorney-General of the Federation (AGF), Mohammed Adoke, has submitted its report.

Among the disqualified aspirants is a lawyer, Okey Muo-Aroh, who is seeking election into the office of the PDP national secretary.

This followed the screening of 33 candidates seeking election into the office of the national chairman and other various positions ahead of the party’s national convention.

Meanwhile, the PDP has unveiled the logo and promotional materials for its 2021 National Convention scheduled to take place on October 30 and 31.

The logo with the inscription “Come, let’s rescue Nigeria together”, is designed with an umbrella providing cover for a sketch of the Nigerian map.

The party’s national convention logo was unveiled on October 21, 2021.

On Wednesday last week, PDP leaders from the North held a consensus meeting to trim down the number of candidates contesting in the convention.

Before then, former Senate President Iyorchia Ayu had emerged as a consensus candidate for the chairmanship position when party leaders in the north-central region held a similar meeting.

On September 9, the PDP National Executive Committee (NEC) set up a national zoning committee to zone national offices to be contested by all party members.

The mandate of the committee, however, did not include zoning of the offices of the president, vice president, as well as other executive and legislative offices in the country.

Three weeks after it was inaugurated, the committee announced that the next PDP national chairman should come from the North, where the current offices being held by officers in the South should swap places with the offices currently in the North.

The recommendations of the committee were later ratified by the PDP’s NEC. (Channels TV)