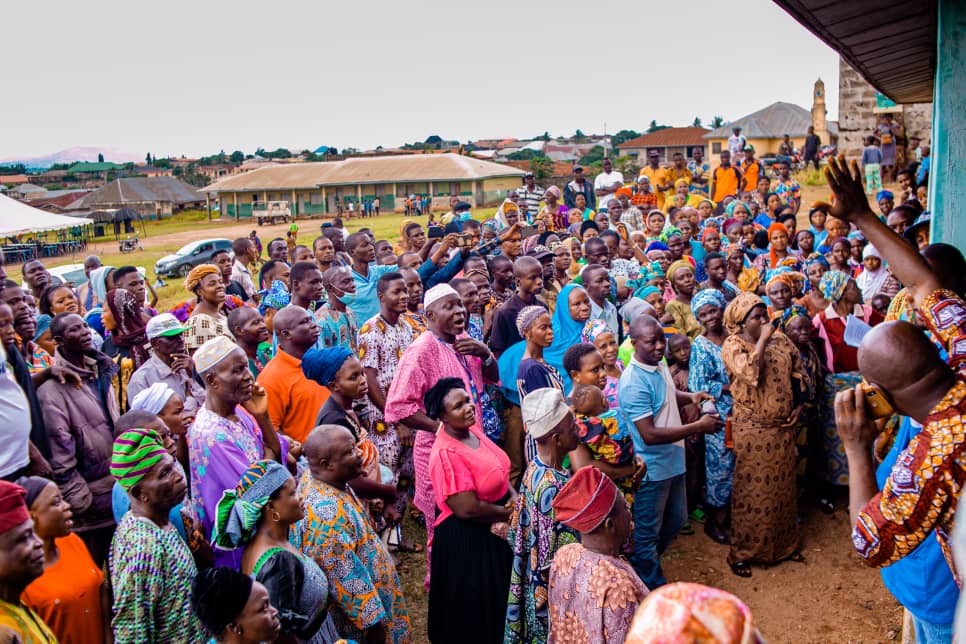 The Oyo State Chief of Staff, Hon. Segun Ebenezer Ogunwuyi has commended leaders and members of the Peoples Democratic Party (PDP) in Ogbomoso zone for the peaceful conduct of ward congress across the five local government in Ogbomoso zone.

Ogunwuyi, who gave this commendation while addressing newsmen at Alapata ward in Ogbomoso South Local Government said the peaceful manner in which the party conducted the exercise was a strong indication that PDP under the good leadership of His Excellency, ‘Seyi Makinde’ remains the party to beat in Oyo state.

According to him, the Security operatives at venues of the Congress in the whole of Ogbomoso zone didn’t undergo any stress as the exercise went smoothly without any hitch.

He expressed his satisfaction over the approach by members of the party in electing their executives noting that the manner would further entrench internal democracy in the party.

“PDP is one big family in Ogbomoso zone, everyone trooped out in mass to participate in the exercise.”

“Executive officers have emerged from various wards across the five Local Governments in the zone. We are very happy with the development as it will further strengthen our party across the State, he said.

Ogunwuyi expresses his profound gratitude to Governor Seyi Makinde for proving enabling environment for the successful completion of the exercise.

He equally thanked the governor for his unwavering support towards the congress which he said to have been freest, fairest, and credible exercise.

“Makinde-led administration is a team of great performers both in the state and southwest zone of the PDP who are ready to consolidate on their track record not only as the road master but also for the great good of the state,” he concluded.