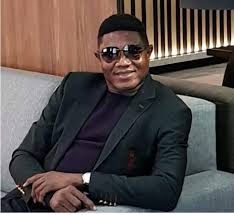 Some individuals from the other side of the divide politically in Oyo State are still confused even till this present moment; first,  they never believed APC would lose Oyo State but they couldn’t thwart the decisive will of the people; second, they never thought Governor Seyi Makinde would have an exemptionally unprecedented performance. The two unexpected realities have placed them under a perpetual melancholy. They wail everyday like what Yoruba call Egbere because no more free access to public treasury.

Since he came to power, Governor Seyi Makinde has placed many right pegs in the right holes, one of these persons that have shown dexterous capacity in the management of both human and material resources is Hon. Adeleke that heads Pacesetter Transport Services. One time moribund sector has become so enviable to well-meaning citizens of Oyo State.

Approved construction of bus terminal, resuscitation of abandoned vehicles, increment in Internal Generated Revenue, renovation of the dilapidated structures used as office, modern mechanical workshops, procurement of more durable and quality vehicles are all part of the achievements of Hon. Dare Adeleke led agency in the last few months.

Bewildered with this blossom performances, people suspected to be from opposition party in the State have continously raised false alarm just to discredit this noble personality, at the process, they failed to cover their vacuity as it becomes obvious that they are victims of  self-deception. Some of them know the truth but they intentionally make malicious accusations just to mislead unsuspected citizens of the state, but the more they try, the more failure awaits them because Oyo people are wiser now after tasted bad and good.

To set the record straight, Hon. Adeleke never went against a known rule or protocol of the State, rather, he diligently exercised the authority delegated to him by the Governor as Head of PTS. The previous Administration of Governor Ajimobi procured vehicles that were not durable and of best quality, thus, within few years of operation, those vehicles became liabilities to the State instead of assets

As at when Hon. Adeleke took over as the head, out of all the vehicles, only 20 could move some distance. The major problem is that the Mechanical Parts of those vehicle were not available in Nigeria and the cost of going to China to get them would be a lose to Oyo State, instead of abandoning  those vehicles to be wasted carcass, Hon. Adeleke became innovative and parts were exchanged among the Motors, today, we have nothing less than 30 vehicles that have been revived with this strategic decision.

Come to think of it, the people of Oyo State deserve nothing but the best, in the transport business in Nigeria and across the world, Vehicles meant for public transportation are not used for too many years, anyone that knows how Chisco, Young Shall Grow and other Transport Companies in Nigeria operate would know that those vehicles don’t last longer than 5 years in their company before they are replaced. The said vehicles purchased by Ajimobi led Administration are about 9 years old. Or how did Ajimobi led Government manage vehicles purchased by his predecessor?

Hon. Adeleke has taken all the necessary steps to revive the moribund sector and as at today, the sector is operating with full capacity. Just of recent, the State Government ordered for the procurement of additional 100 Vehicles, 50 of these vehicles are already with us, but the good news is that those vehicles purchased by the present Administration are more durable and of best quality to meet national and international standard in public transportation.

There is a clear departure from the old day of political rascality and administrative hooliganism. Things are been done dilligently and rightly as the greater interest of Oyo State people become the priority of Governot Seyi Makinde and his entourage. Hon. Dare Adeleke is an innovative public Servant and he has proven to be a worthy ambassador.