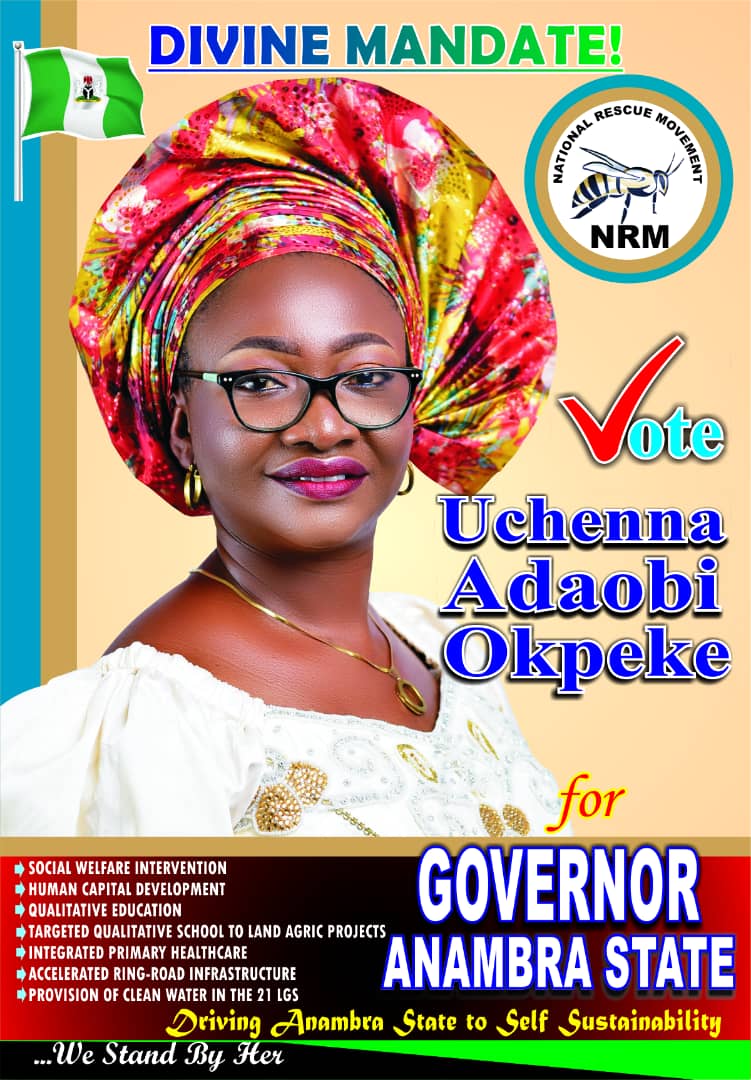 Mr. Robert Opara, Director-General, Adaobi Campaign Organistion under the National Rescue Movement, NRM, has raised the alarm over one Afam Ezenwafor who has been parading himself as the governorship candidate of the party in the forthcoming governoship election in Anambra State.

In a statement he made available to newsmen in Akwa, the Anambra State capital on Sunday, the DG stated that the act by Ezenwafor can be described as an impersonation.

He said, “I don’t know why Mr Afam Ezenwafor should be parading himself as the governorship candidate of our greate party even after INEC published cleared candidates for the forthcoming election in our state of which my principal, Adaobi was among the list. This is a clear impersonation by Ezenwafor. I want members of the public to take note of this.”

The DG who called on security agents to put Ezenwafor in check by forbidding him from parading himself as candidate of their party in the forthcoming election, also called on leadership of the party both at national and state to prevail on the man in question.

He also urged INEC and members of the public to disregard Ezenwafor’s act.

“I am calling on the security operatives to caution Ezenwafor. He is not the authentic candidate of our great party but Mrs. Okpeke. He knows this. So, he should be called for questioning. Security agencies should also stop him from parading himself. We need peace in this forthcoming election,” he said.