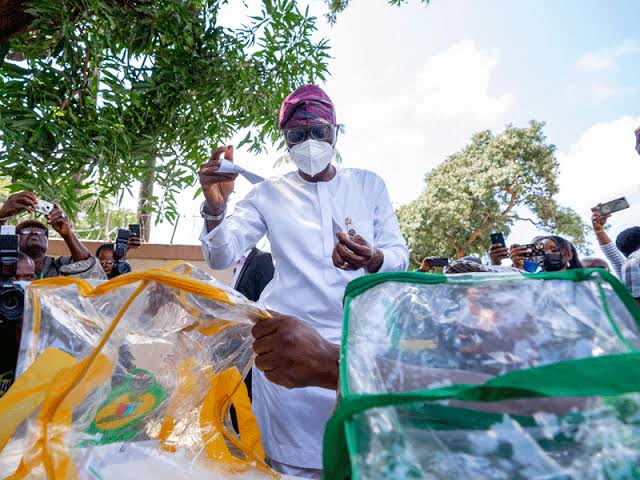 In a vote that appeared to see the lowest turnout in the history of Lagos State, the All Progressives Congress (APC) was declared winner of all the 57 council seats in the local government election conducted on Saturday by the Lagos State Independent Electoral Commission (LASIEC).

The results were announced by Returning Officers at all the 57 Collation Centres in the State.

Mouthpiece NGR observed that the keenly contested election however recorded low participation by the voting populace.

Multiple reports on Friday had suggested that the main opposition party in the state, Peoples Democratic Party (PDP), pulled out of the race some hours to the election.

In a statement obtained by this medium on Sunday, National President of Association of Local Governments of Nigeria (ALGON), Kolade Alabi, who was re-elected in Bariga for another four-year term, thanked the people for their trust in him.

He promised to continue to deliver good governance for the people in Bariga and all council officials across the nation.

“I thank our leader, Asiwaju Bola Ahmed Tinubu, Governor Babajide Sanwo-Olu, the party leaders at the state level and Bariga. I also thank all those involved in my re-election. I will not take your support for granted,” Alabi said.

Dr Ahmed Apatira, who was also re-elected in Itire/Ikate council, thanked the voters, party leaders and members for the victory.

His Iru-Victoria Island counterpart, Princess Rasheedat Adu thanked Oniru of Iruland Oba Gbolahan Lawal, the party faithful and the people for returning her for another term.

Princess Adu said she will not rest on her oars to continue the development of Iru-Victoria Island.

She promised to deliver more dividends of democracy.