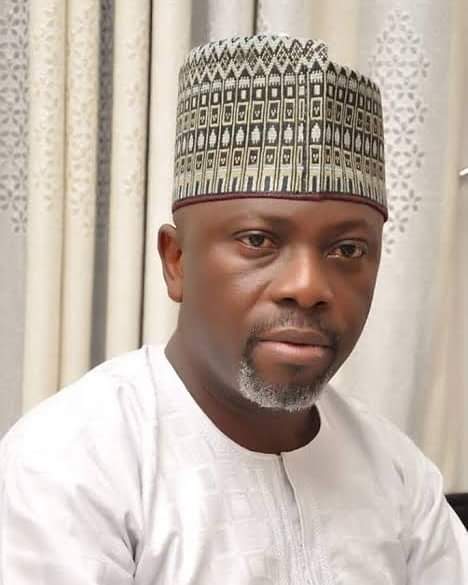 The management of Crown Football Club, Ogbomoso has congratulated Hon. Ebenezer Olusegun Ogunwuyi on his appointment as the Chief of Staff to the governor of Oyo state, Engr. Oluseyi Abiodun Makinde.

In a congratulatory message signed by Acting General Manager of the club, Mr. Kunle Oyeleye, Hon Ogunwuyi is described as a worthy personality, who is wired for such demanding office.

The club noted that Governor Makinde demonstrated keen foresightedness in his appointment of Ogunwuyi, whom the club said is bold, enterprising and innovative.

“The management of Crown Football Club of Ogbomoso congratulates Hon Ebenezer Olusegun Ogunwuyi over his elevation as Chief of Staff to the Executive Governor of Oyo State.

“Governor Makinde has again shown he is very keen sighted and has foresight judging by this appointment. Ogunwuyi is bold and daring, enterprising and innovative, and we are certain he will add value to the administration of Engr. Makinde.”

The statement made available to Mouthpiece NGR on Monday further noted that Ogunwuyi is an achiever who performed brilliantly as lawmaker both in the Oyo State House of Assembly and Federal House of Representatives.

It said that the man who recently bagged the traditional title of Otun Oba of Ijeru kingdom has justified himself in all the offices he has held  so far.

“Ogunwuyi’s path is trailed by brilliant legacies; as a member of the Oyo State House of Assembly and as member of the 8th Assembly at the Federal House Of Representatives, he offered remarkable representation, and he facilitated a lot from the center to his constituency and constituents.

“He no doubt touched many lives during this time. As an alumnus of the Obafemi Awolowo University, Ile-Ife, Osun state, he contributed his quota. He equally brought his academic and professional experience to bear as Executive Assistant to Governor Makinde on Investments and later as Director General of the Oyo State Investment and Public, Private Partnership (OYSIPPPA). His topnotch delivery at various places of service are the qualities that stood him out to merit another inclusion in the Government of Mr. Integrity as the Chief of Staff.”

“The management is  elated to celebrate one of our own and wish him more wisdom, intelligence and acumen to continue to do more in the service of his fatherland.

“We pray the Lord will grant him divine wisdom throughout his time as the Chief of Staff. He shall operate under the grace and mercies of the Almighty God who has endowed him with lots to impact humanity with.

“Of course, there’s no doubt the fact that Honourable Ogunwuyi will function more to drive home the transformation agenda of Governor Makinde, the poster boy of good governance in Nigeria.

“The management of the Ajilete Warriors also heaps praises on the Executive Governor for his heavy presence in Ogbomoso and its environs with various developmental projects especially the on-going re-construction of the Soun Stadium, where the club is domiciled.

“His administration also constructed Oke-Ado Akintola- Stadium-Under-G road just as it is set to construct Ogbomoso-Iseyin road and build a flyover in Ogbomoso.”

Adding that the new Chief of Staff loves sports and has long been involved in the development of football at the grassroots through sponsorships of competitions to discover young talents, it stated he had taken many youths off the streets through this and various empowerment programmes.

“On behalf of the management,  technical crew, players, supporters and fans of Crown Football Club, Ogbomoso, we wish him a fruitful and fulfilled tenure of office,” the club concludes.