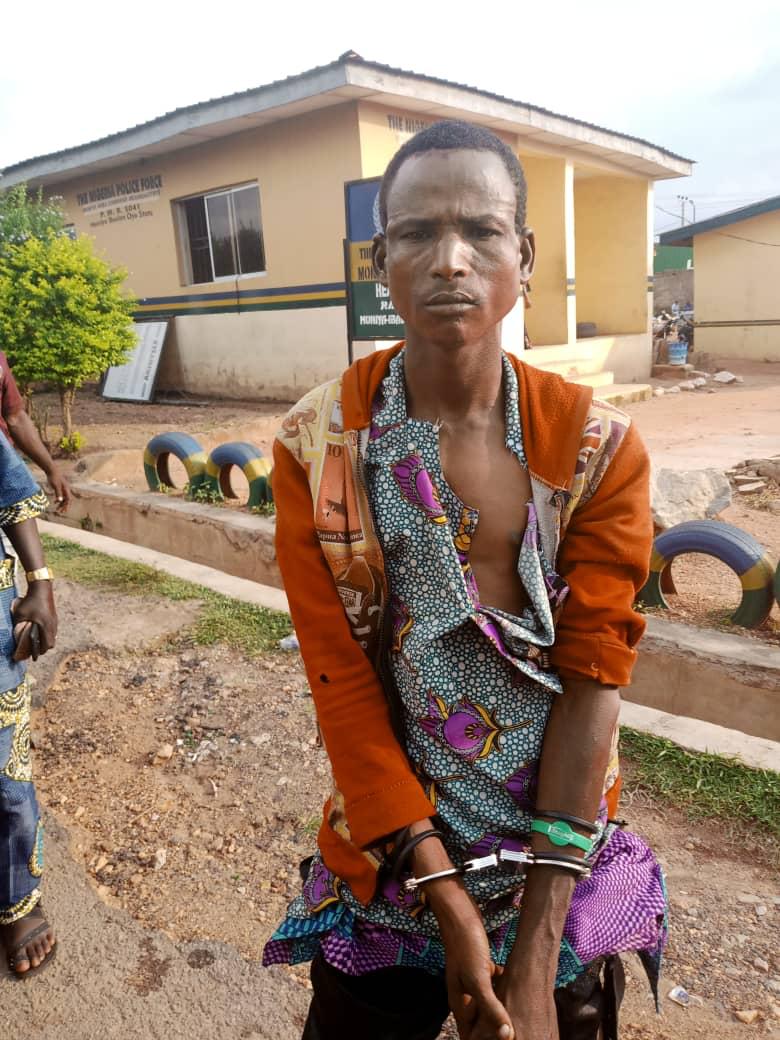 Mr. Rasak Amidu Ishola has narrated how suspected Fulani killed a village youth leader in Kara axis of Akinyele local government in Ibadan and how he narrowly escaped death.

The young man, who is an Okada rider, while narrating his ordeal at Agidigbo FM premises, on Saturday, said that the suspected Fulani put AK-47 on his chest during the attack he suffered with those he took to Akinyele to buy cow.

Mr. Rasak, who claimed he lives in Alegongo area along Akobo-Basorun road, stated that he took his uncle and one other person to Akinyele to buy cow, noting that before they embarked on the trip, his uncle had already called his regular customer who said he has cow.

He said when they arrived Akinyele, the cow dealer later said they should move to another village where they will get the cow from his father but, unfortunately, they were attacked on the road by suspected Fulani while going to another village.

Mr. Rasak said his uncle was taken into the bush while he ran to a nearby village to raise the alarm to the residents of the village.

“The residents were surprised that such criminality could going on in their area which prompted Village Youth Leader and others to storm the bush and look for two abducted persons.

“During the process to secure their release, the Fulani that took us to the village had connived with them and they started shooting. unfortunately, Village Youth Leader was hit with bullet and he died while one of the person I took to the village also sustained injury from the gun shot. One of the Fulanis was arrested and now Moniya Police Station custody,” said Mr. Rasak.

Mr. Rasak said the Moniya Police Station gave them clearance they took to where one of the victims receiving treatment.

While calling on Oyo State Governor, Engr Seyi Makinde, to ensure that the perpetrators of the evil act are exposed, He also urged Moniya Police Station to get to the root of the matter.