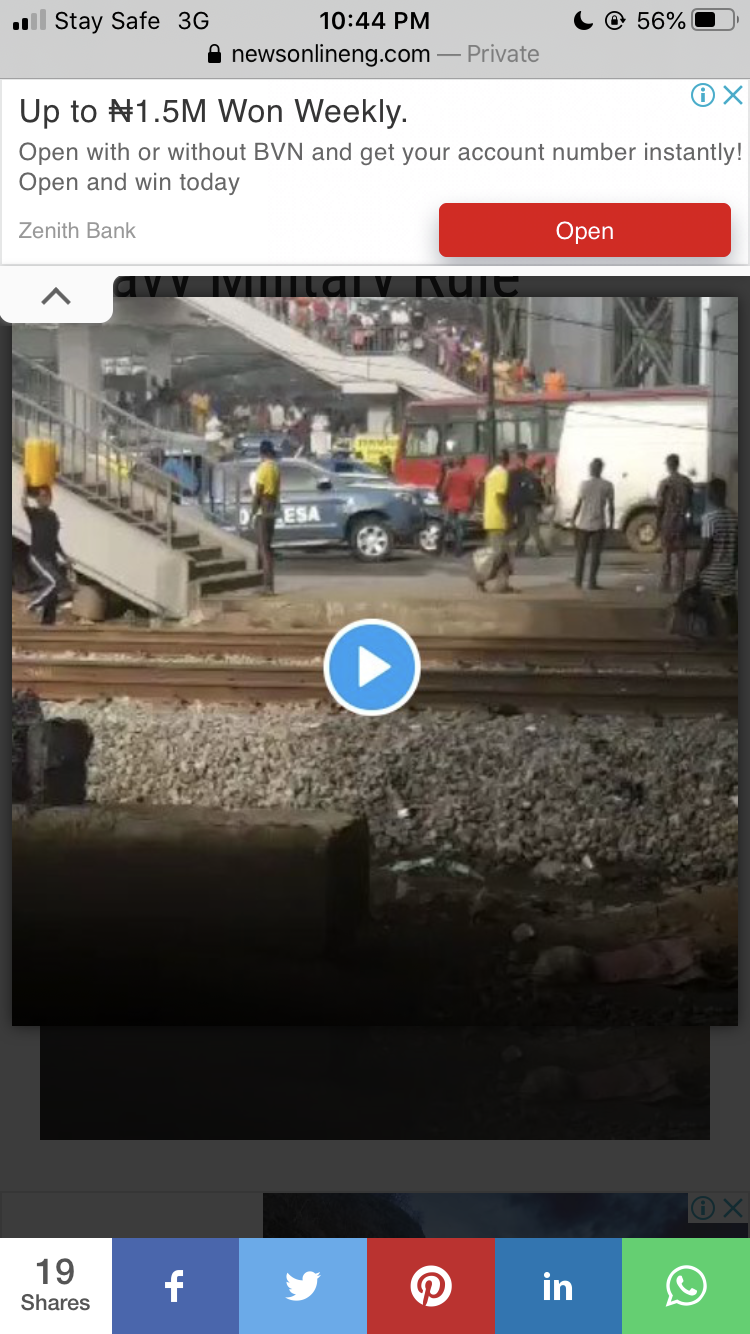 Mouthpiece NGR learnt that Oshodi is currently under heavy military rule as soldiers avenge the killing of an Air Force officer by hoodlums.

There is a palpable tension in the Oshodi area of Lagos following the death of airforce personnel, who was said to have been killed by hoodlums.

The development has made residents of the area to run helter-skelter for safety.

In a video shared, some onlookers were seen on a pedestrian bridge in Oshodi, while some police officers were at the scene to bring calmness, though this has proven abortive.