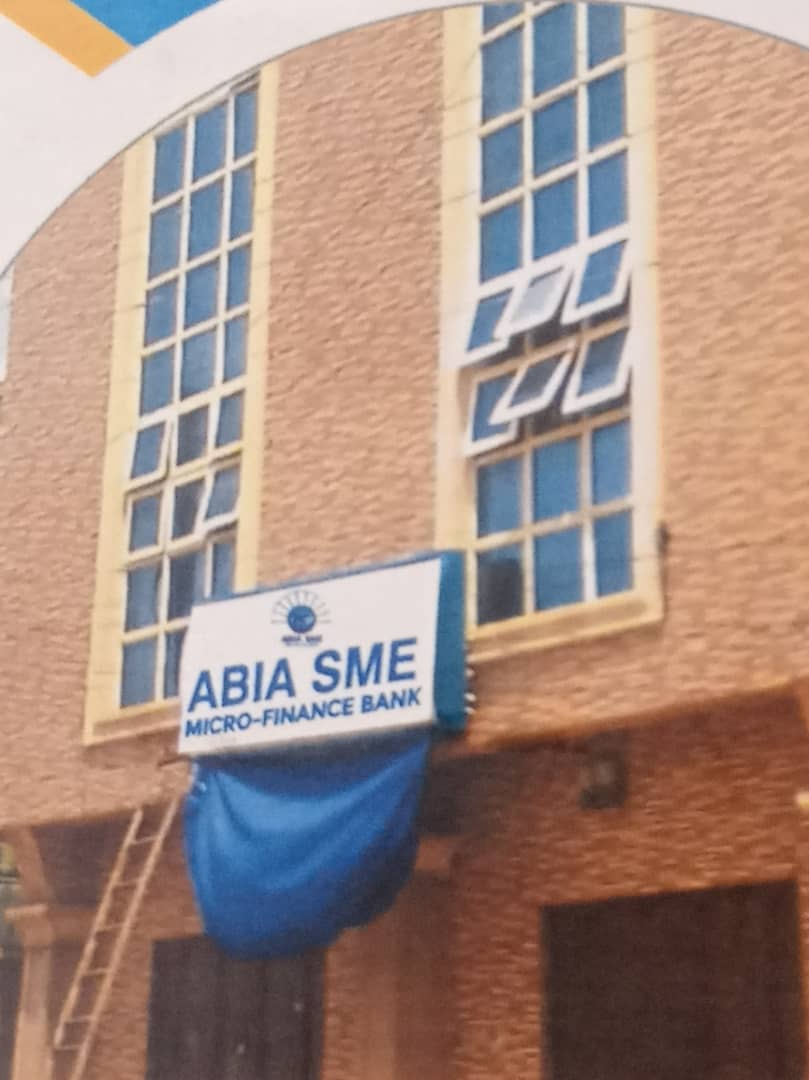 The vision of Gov. Okezie Ikpeazu led administration to promote small and media scale enterprises and create millionaires in Abia State may have suffered a still birth if facts available to newsmirrorng.com is anything to go bye.

Mouthpiece NGR learnt that during his first tenure, Dr. Okezie Ikpeazu was obviously driven by the need to deepen the fortunes of Aba, arguably the capital of small scale and medium industries in Nigeria and he created the Ministry of Small and Medium Enterprises with the matra, “Nwa Aba ga aru Aba”, meaning the son of the soil will drive the needed development to the commercial nerve centre, that has been in obvious comatose over the years.

You could then imagine his excitement when the then commissioner for SME, Barr. Gabe Igboko brought a proposal for the establishment of an Abia SME Microfinance bank to assist Abians, especially, the artisans and small scale businessmen.

It was alleged that the proposal came from a renowned Abian, Chief Nnanna Okoroafor, as at that time, a staff of the Central Bank of Nigeria.

As beautiful as the proposal looked, newsmirrorng com reliably gathered that, the then Commissioner, Gabe Igboko added a “sweetener”, the way you add Ajinomoto into a boiling pot of stew by convincing the unsuspecting Gov. Okezie Ikpeazu that; opening of the bank will guarantee a loan facility of N7 Billion from the Central Bank of Nigeria that could be used to service the small scale businesses scattered all over Abia State. He added that; CBN will be granting the loan at a very small interest rate to enable them push their businesses – a very brilliant idea you would say but by the time you would have finish reading this story, you will weep for the governor and Abia citizens in general.

However, at the time the proposal was written, the Central Bank of Nigeria guidelines for operating a microfinance banks were in three categories viz: –

While the licensing for the unit Microfinance bank as at the time Abia State Government applied to the Central Bank of Nigeria (CBN) was N20million, that of state; N100million and that of the National was put at N2billion.

Abia State Government, under Gov. Okezie Ikpeazu then set up a committee saddled with this responsibility to drive the proposal.

The Committee applied for a state microfinance bank license through the Central Bank of Nigeria, which was in the category of N100million.

The meaning was that; Abia SME Microfinance Bank is expected to have branches all over the 17 Local Government Areas of the state, with an operating office as the headquarters as stated in the proposal.

However, due to paucity of funds, the State Government could not immediately raise N100million to acquire the license for the Microfinance Bank from the Central Bank. Hence, tortured by the delay, the committee approached Keystone Bank for a loan of facility of N250million naira, only, which was granted with interest (not known) to newsmirrorng.com as at press time.

Three years after, the question begging for an answer is; where are the Microfinance Bank Offices in all the 17 LGAs of Abia.

Surprisingly, it was learnt from a reliable source and a member of the committee that, some of them were sidelined and hinted that the Committee, instead of paying for a license with the loan, went and bought – over a 10 – year old moribund microfinance bank from the owners, at even a very high and compromised cost to the state.

Curiously, even when there are no branches with an operating office, and when the one branch office at 17b Ngwa road, Aba was not yet ready, the Committee went ahead to deceive the unsuspecting Gov. Ikpeazu for an official colourful opening ceremony on Monday, 16th December, 2019.

When our correspondent visited the bank, there are no activities as construction work was still on going. Our undercover reporter met only a security guard and one Mr. Eze in the premises. Inside the bank, our reporter met only four people inside the bank, that were loudly gisting away their time. One of them, a lady called Amaka, voluntered imformation but could not really put a finger why the bank is not quite functional despite the hype.

It may interest Abians to know that out of the N250M loan only, about N40M was left in the coffers of the Ministry of SME which Mr. Onyema Wachuku, the current Commissioner for SME inherited.

So, the question begging for answers are? What did the Committee do with a whopping N250M when there was, and still nothing on ground to justify the whopping loan sum?

However, our findings from Abia State Board of Internal revenue reveals that the loan has been paid back to the bank with interest and this, newsmirrong.com confirmed from the former Chairman of the  Board, Elder Udochukwu Ogbonna, who admitted the loan was repaid even before he stepped down but, insisted, it was N200 Million, not N250 Million as speculated?Asked if the law establishing Abia State Board of Internal Revenue by the State House of Assembly authorized them to pay back government loan directly, Mr. Ogbonna declined to offer a clear answer, only added that he acted on instruction.

According to newsmirrorng.com, Mr. Udo Ogbonna insisted he would add nothing to the fact that the loan was repaid back by his office while he was still the Chairman.

When the reporter called the Abia State Ministry of Finance department, saddled with the responsibility to drive Abia State Government investments on the phone number – 08036750855, the male voice denied ever being part of the arrangement but, asked newsmirrorng.com to visit his office for a more robust discussion.

However, Mr. Mac Tasie denied he ever participated in anything concerning the Abia Microfinance bank and wondered why his picture was used inside back cover of the brochure for the launching.

News Mirror is calling on Abia State House of Assembly, to look into  Abia Microfinance Bank issue as the committee set – up by Governor Okezie Ikpeazu some time ago, to look into certain contractual engagements of his administration, carefully evaded the matter.

As at Friday, 15th January 2021 when newsmirrorng.com  visited the bank at Ngwa road, Aba, the four staff we met there were not even well dressed, the outside environment is very dirty, and the neon sign board, announcing the bank is completely destroyed and indication that; all is not well with the bank.