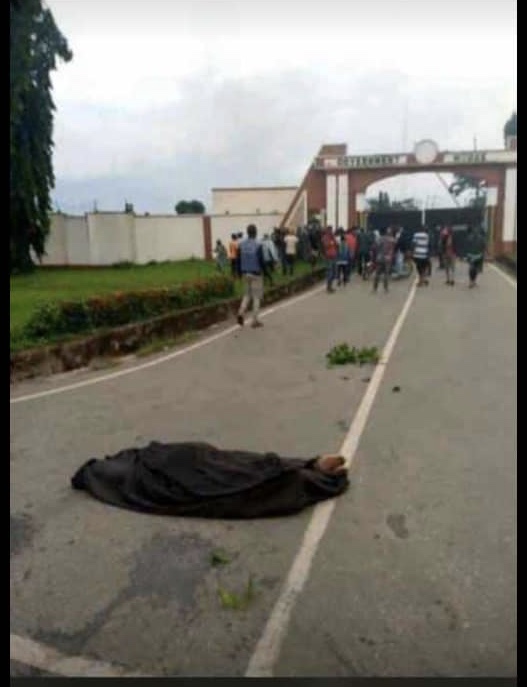 Some youths have gone on rampage in Osogbo, capital of Osun State over alleged killing of two suspected internet fraudsters by police operatives.

It was gathered that some internet fraudsters were involved in an accident after hot chase by SARS operatives.

Two of them were said to have died in the accident and others injured.

The students were said to be protesting the alleged killing of the suspected internet fraudsters.

A video made available to Mouthpiece NGR confirmed that the protesters also waylaid a patrol vehicle of Joint Task Force along Alekuwodo area and destroyed it.