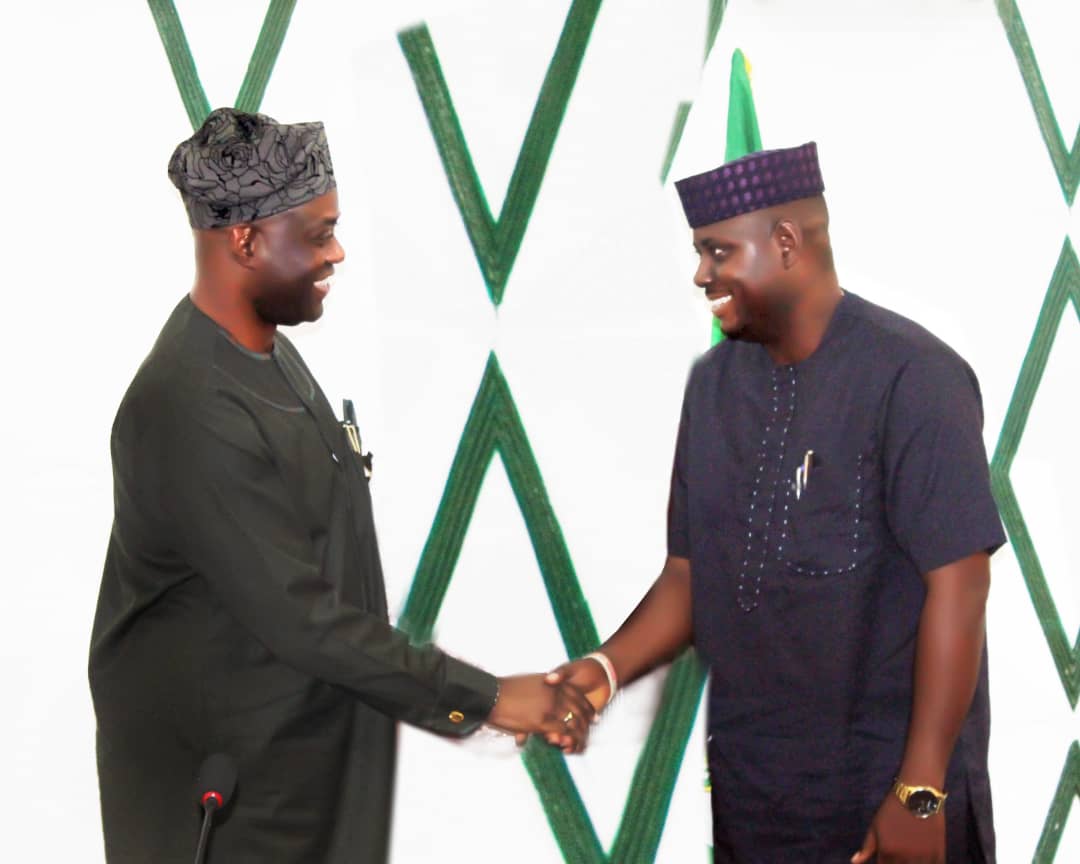 One year after holding sway as the 5th executive Governor of the pacesetter, Oyo state, Engineer Seyi Makinde will today give account of his one year of stewardship to the people of Oyo state.

The Ibadan-born Governor has been given different names since he became the number one citizen of the state in the last one year. While some have labelled him ‘Mr. Populism,’ others have nicknamed him a ‘People’s Governor’ But above it all, he’s loved by many and there’s no doubt that if election is conducted today, he would be massively voted for because of his sterling leadership and administrative acumen at conflict time.

At every point in time Governor Makinde has maximised the opportunity of the last Workers Day to clear the air on some of the perceived misgivings on his administrations.

In the lead up to the March 21, 2019, Governorship election, Governor Makinde made some campaign promises on certain issues such as Education, Economy, Workers Wefare, Agriculture, Security, among others.

The Governor acknowledged that the challenges facing the state were quite enormous and voiced his determination to tackle them.

Upon assumption to office, Engineer Seyi Makinde paid the outstanding salaries and arrears of Oyo State workers, and also started the payment of civil servant salaries latest on 25th of every month.

Every now and then, the people are singing his praises and it appears they are not regretting to have entrusted such responsibility to him.

Not only the promotions of Civil servants were made within his 100 days in office but payment of Pensioners salaries. The Governor donated his salaries and cleared all the arrears.

The people of Oyo state are not succumbing to hopelessness and defeatism as witnessed in the previous administration. Governor Makinde is fixing problems just exactly he put an end to payment of PTA fee and declared Education free.

In fact, Textbooks were distributed for public school pupils in both primary and secondary schools for free. The students preparing for external exams in both public and private schools were also given free WAEC compendium and extra lessons organized for them offline and online. No any payment is paid by pupils and students just to ease parents burdens.

Oyo has long suffered from endemic government corruption and mismanagement, which, among other things, rob ordinary Citizens of their basic economic and social rights to health and education.

The programs putting in place by Governor Makinde is lifting many citizens from poverty, while simultaneously creating opportunities for people to fend for themselves.

On security, Governor Makinde bought 100 patrol vehicles for the police to be used in all parts of the state. Also operation Amotekun was fully commissioned.

About 120 students in the Law school were granted a bursary of 60 million naira as a support to their education. Likewise N500million bailout funds was given to LAUTECH last year December during the tough time.

The Polytechnic Ibadan also received 300 million naira subvention and for advanced accreditation by National Board for Technical Education(NBTE).

Equally the Colleges of Education and Agriculture at Lanlate and Igboora respectively had been revived, revitalized and life injected back into those campuses.

Today, Oyo state workers are being paid their salaries, allowances and renumerations before end of the month. They are now giving their optimum performance and smile home.

The Out-of-school children are now back to school and education is enjoying a drastic, progressive and transformational change in Oyo State and other sectors.

In the Local Government Service Commission (LGSC) where I serve, the Governor sponsored training of local government at all levels which has been abandoned for many years.

Governor Makinde also effected Payment of real bonuses, payment of pensions to mention but few. Today, he has given a nod in building of Lacal Government Service Complex which is the center of Local Government to help in management of service.

The state is also attracting investors to invest or partner with the state to develop the economy of the state which is blessed with both human, mineral and material resources.

It’s an open truth that the state is currently investing in cashew processing which will in the long run generate income for the state through the committed effort of Hon Segun Ogunwuyi DG Investment and PPP.

This giant stride by Makinde led administration may totally liberate the state and not solely depending on the federal allocation to cater for the needs of people.

It will interest you to know that Government is continuum. A lot of construction works had been done and most especially roads networks that affects the business of the state like the Saki-Igboho road network which is about 44.70km. Several roads have been mapped for construction in Iseyi, Ogbomoso and many more.

The Governor in his effort to make everywhere evergreen launched Operation light up Oyo State which commenced earlier this year in Ibadan and has been extended to other zones of the state to make every area of the country bright to keep off criminals or anyone that may be terrorizing the state.

Engineer Seyi Makinde has made record being the first Oyo state Governor to create ministry of Energy and also the first Southern Nigeria Governor to forward an executive bill on Anti corruption.

During the outbreak of the pandemic, His passionate concern and having his people’s at heart didn’t allow him to declare total lockdown. He realize that such move will not only cripple the economy of the state but affects the daily living of the masses especially hapless citizens who can’t feed without daily income.

Hence, the Governor declared partial lockdown and shut down social and religious gatherings which was later adopted by Federal Government.

Like no any other states, Oyo state Government distributed palliatives to the poorest of the poor households by maintaining social distancing rules. The palliatives were distributed across the 33 local government.

Today, Oyo is witnessing unprecedented level of greatness. I’m optimistic that the second year of the Governor will record many development.