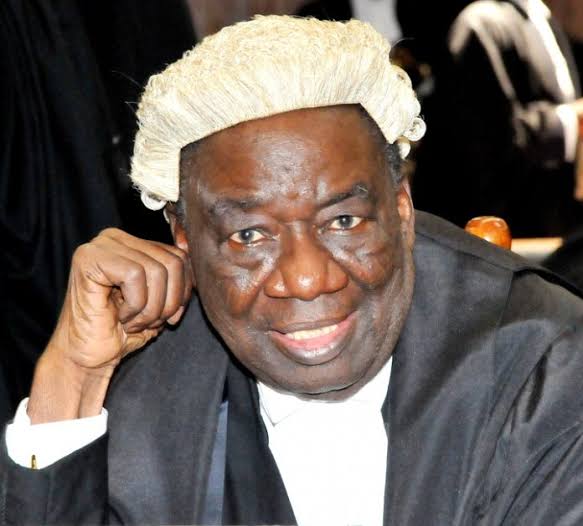 Reports reaching Mouthpiece NGR news room says legal luminary, Chief Richard Akinjide has passed on.
A reliable source disclosed that the oldest lawyer in Nigeria who had practiced law for over 60 years died at early hour today.
Akinjide was Born in Ibadan, the capital of Oyo State in the early 1930s to an influential family of warriors.
He was a former Minister of Education in the Government of Prime Minister Tafawa Balewa during the Second Republic and the Minister for Justice in the Administration of President Shehu Shagari.

He was also a member of the Judicial Systems Sub-Committee of the Constitutional Drafting Committee of 1975-1977 and later joined the National Party of Nigeria (NPN) in 1978. He became the Legal Adviser for the party and was later appointed the Minister for Justice.