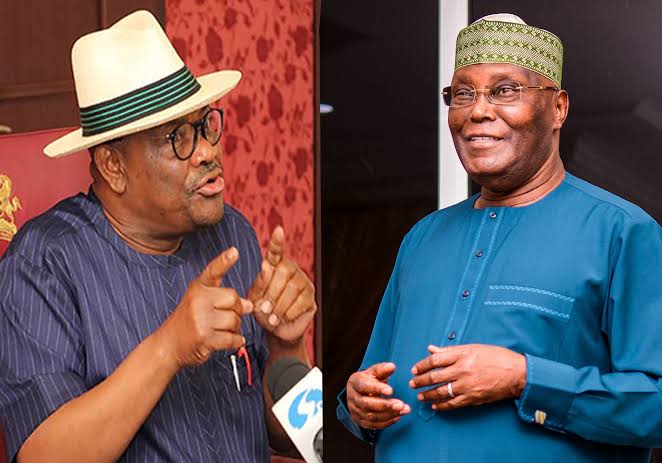 The governor said members of the Rivers State PDP Campaign Council will not campaign for Atiku because there was no understanding to warrant such support in the oil-rich state.

The governor, who is the arrow-head of the Group of Five (G-5) governors, said that anybody, who said Rivers was inconsequential, would suffer repercussion for ignoring the state.

The governor enjoined all residents in the state to be rest assured that no intimidation and propaganda could cause a distraction from the political path that had been so chosen.

He said: “Any person who says Rivers State is not important, we will pepper him. Anybody who says he doesn’t regard Rivers State, we would not regard such person.

“No State can point at us to determine what will happen here. Nobody can do such. So, be bold to say, I’m from Rivers State, I live in Rivers and I am happy with Rivers. What is important is our state, which we have collected.”

Wike said the state All Progressives Congress (APC) should not bother to campaign in Rivers because of the recognition given to his administration by President Muhammadu Buhari, as the best in infrastructural delivery in the country.

He said because his administration believed in practical demonstration of governance, 12 flyovers were executed within four years, in addition to other development projects.

Wike said: “All these people who say they are campaigning, what are they campaigning for? President Muhammadu Buhari, the leader of APC said I am the best as far as development is concerned. What nature of campaign will they be doing again?”

Speaking further, Wike recalled that during the courtesy visit to the Amayanabo of Grand Bonny before coming to the campaign ground, the monarch spoke about his contributions to the inauguration of the Bonny-Bodo Road.

The governor assured that the ongoing shoreline  protection at Long John in Abalamabie community would be completed.

He also said that the contract for the much desired Ring-road in Bonny Town would be signed by him, and completed within the life span of the administration of his successor.

The governor, who frowned at the pace of work at the Bonny National Grammar School despite paying 100 per cent of the contractual sum, assured that it would be completed and formally handed over before the end of his tenure.

Wike urged them to keep faith with the state PDP and deliver bulk votes to ensure victory for Sir Siminialayi Fubara and his running mate at the election.

Read Also: Wike to Rivers: we can’t be second-class citizens to anybody

He said: “This is the closest time and period an Ibani son is getting to the throne of the governor of Rivers State. Now, who is the man that will decide what will be here and what will not be there. Is it not your son? What project is bigger than that project?”

He said issues of security, construction of internal roads that would further address perennial flooding in the area and protection of the traditional institution, would receive attention.

“We have protected your traditional institution to show that we are people who understand, recognise and appreciate institutions.

“So, our campaign here today is very simple. We will ensure that we sustain the peace that is in Bonny. Everything that we need to do to make sure that you continue to enjoy this peace, we will do so that the IOCs operating here will continue to operate.”

Sir Fubara solicited votes and assured that his administration would consolidate on the foundation laid by the Wike administration had achieved and continued to deliver services that would make living pleasurable in the state.

“PDP has performed in this State and PDP is asking you for your support to continue with the performance. We are not saying we want to perform. We are saying that we will be performing and continue to perform”, he said.