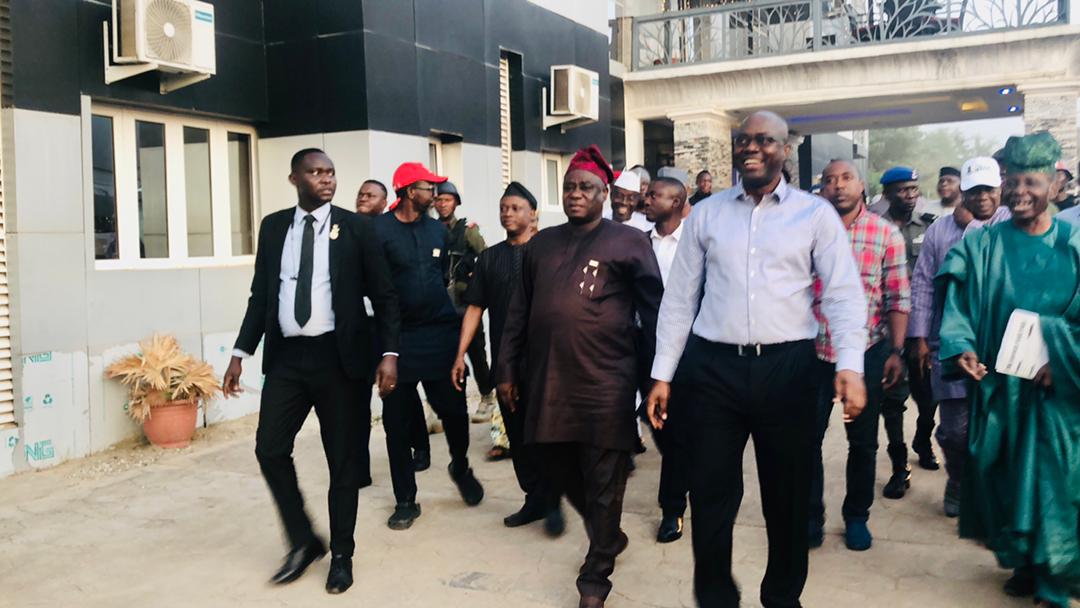 Seyi Makinde, the governor of Oyo state, stormed the ancient city of Ogbomoso on Wednesday, to the cheers of multiple crowd, who were eager to see the governor and his entourage.

Makinde had traveled to the town to attend the party stakeholders’ consultative forum meeting set at Lagbami Osekun hall in Ogbomoso South today and expected to also attend town hall meeting tomorrow which will come up at Oja Igbo.