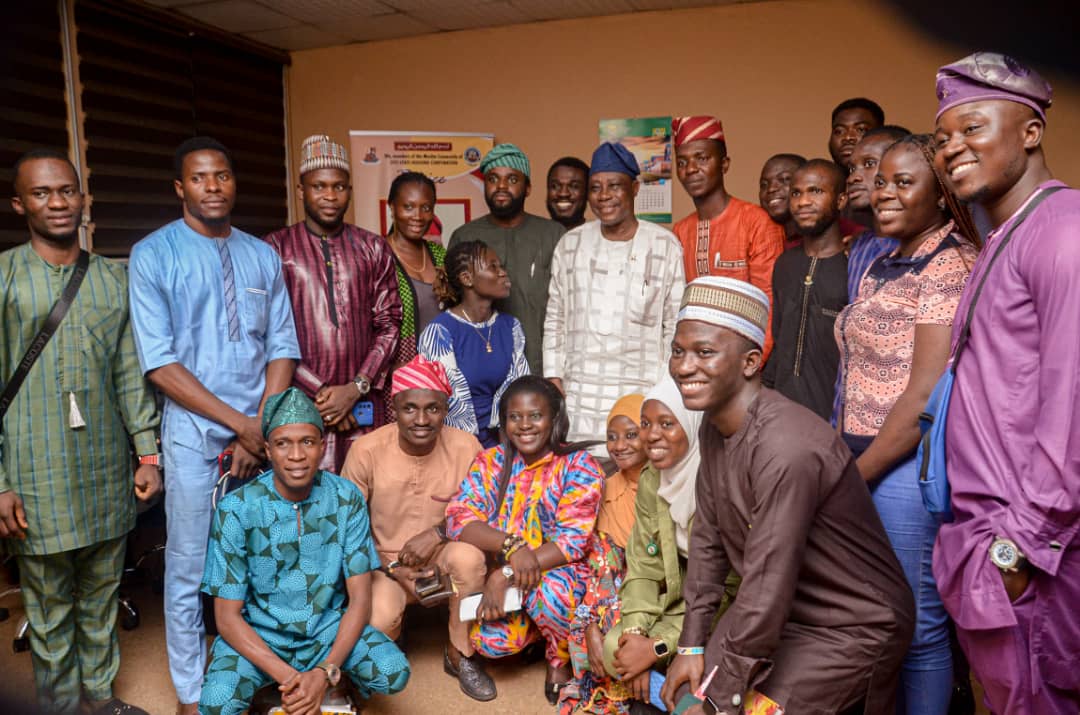 Barr. Lawal, who is currently serving as the acting Governor of the state, as Governor Seyi makinde is currently on vacation, was an Attorney General of Oyo State under Lam Adesina led administration about 22 years ago.

While speaking at the visit, the Speaker of the Oyo State Youth Parliament, Hon. Fawole Israel commended the efforts of the acting Governor as well as assured him that his legacy will be sustained by the youth.

Fawole further stated that the Seyi Makinde led administration has created an enabling environment for youths to participate in the development of the state. He therefore implored the Oyo State government to collaborate with the Parliament in order to enable them carry out their obligations as youth representatives.

Fawole, while engaging the Acting Governor on the projects that have been executed in the past, mentioned some of the challenges they are facing such as lack of funding, lack of facilities to carry-out operations, lack of support from senior colleagues, among others.

Isreal listed some of their accomplishments, including the just concluded two-day PVC drive in Adamasingba, which attracted over 2,700 residents, the commemoration of the International Youth day.

In his remarks, Hon. Afeez Omoniyi representing Iseyin/Itesiwaju State Constituency, demands that the Oyo state government place the youth parliament under the control of the state assembly in order to provide them with adequate legislative experience.

In his response, the acting Governor, Barr. Bayo Lawal, appreciated the kind gesture of the members of the Youth Parliament for paying him a courtesy visit on his appointment.

He further eulogized the willingness of the Parliament to participate in the growth of the state. He however promised to look into their requests and take appropriate action.