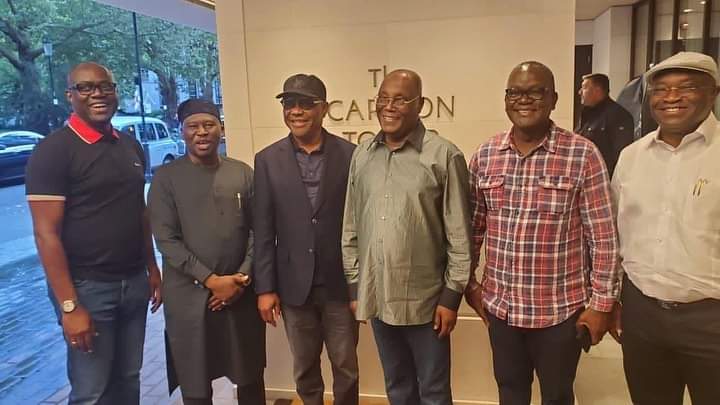 Rivers State Governor Nyesom Ezenwo Wike says his team is more interested in a better Nigeria, and they are consulting widely with those who mean well for the country.

Governor Wike spoke when he interacted with journalists at the Port Harcourt International Airport, Omagwa in Ikwerre Local Government Area, shortly after arrival from London on Friday.

The Rivers State governor noted that all is not well with Nigeria and they are seeking remedies that will restore enduring hope in Nigeria.

Wike decried the situation where standard, training and competence have always been traded for mediocrity.

The governor said leadership should not be about one individual and the interest of his family, but about the collective interest of everybody.

“Consultation is still ongoing. Never mind some people who do not believe in the existence of this country.

“Leadership is not about you and your family. Leadership is about everybody.
It’s unfortunate that we are in a country now where a man finishes eight years as a governor and brings his own son as a governor too and as member of National Assembly.

“It’s only in this part of the world that you can see that, when we are talking about poverty everywhere. These are people who do not mean well for this Nigeria.”

Governor Wike also wondered why religion and ethnicity are used as the tenable identity to describe Nigerians when competence is required.

“The only identity they have in this country is religion and ethnicity, nothing more. It’s either, I’m a Christian or I’m a Moslem, I’m a Fulani or I’m an Igbo. Nigeria cannot move forward except they think it will be them. That’s where we are.