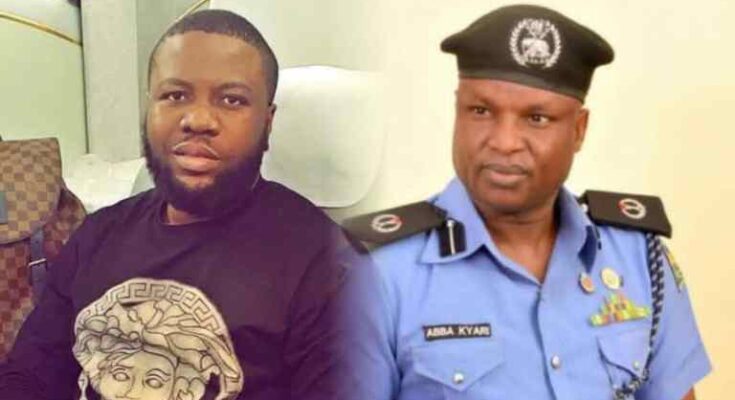 A United States court has issued a warrant of arrest for super detective Abba Kyari.

In a court document obtained by Peoples Gazette, Otis Wright of the United States District Court for the Central District of California ordered the Federal Bureau of Investigation (FIB) to track down Kyari and produce him in the United States for his role in a multi-million dollar fraud perpetrated by Ramon Abbas, aka Hushpuppi and his co-conspirators.

The court said Hushpuppi allegedly conspired with five others to defraud the businessperson by claiming to be consultants and bankers who could facilitate a loan to finance the construction of a school in Qatar.

However, Hushpuppi allegedly hunted Vincent after a dispute broke out among the team after the latter threatened to expose the fraud to the Qatari businessman.

“According to the affidavit, Kyari is a highly decorated deputy commissioner of the Nigeria Police Force who is alleged to have arranged for Vincent to be arrested and jailed at Abbas’ behest, and then sent Abbas photographs of Vincent after his arrest. Kyari also allegedly sent Abbas bank account details for an account into which Abbas could deposit payment for Vincent’s arrest and imprisonment,” the statement partly reads.

Kyari however said he did not receive any money from Hushpuppi.

Hushpuppi, 37, in a plea agreement document he personally signed, pleaded guilty to the charges including money laundering, wire fraud, felony amongst others.

He risks 20 years’ imprisonment and other penalties when convicted.