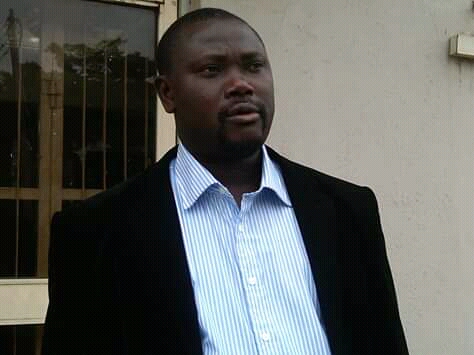 A team led by Professor Olatunde Oni at the Ladoke Akintola University of Technology, LAUTECH, Ogbomoso, has invented two anti Covid-19 devices for the fight against COVID-19.

These are— automated disinfecting chamber and automated hand sanitizer dispenser.

The automated disinfecting chamber reads individual temperature and hence triggers a sanitizer spray unit to disinfect an individual passing through the chamber.

Oni who demonstrated the working of the devices to Mouthpiece NGR said If the temp reads above 37degree centigrade, the spray unit won’t be activated, indicating the individual is not fit to pass through the chamber, hence the person needs medical attention.

He equally said the automated hand sanitizer dispenser is capable of dispensing 20 liters of sanitizer. The two services are battery operated and solar powered.

Describing the inventions as phenomenal, Oni said the team has capacity to produce not less than 50 units of each of the two devices weekly, because all the materials are sourced locally and within reach.

He said the automatic hand sanitizer and cubicle can be used in offices schools, banks and other public places. It can be produced in large quantity as their products are locally sourced.

The LAUTECH don seized the opportunity to call for recognition in critical sectors of the nation’s development, adding that the inventions is a demonstration that Nigeria has inventors or capable hands that do a lot and save the country from dependent on foreign products if encouraged.

According to him, government should look inwards for the solution of her developmental challenges rather than depending on foreigners.

“This is the time for government at all levels to look inwards and found local solutions to her challenges. The team only need motivation, a kind of start off grant and support.

Oni said the VC LAUTECH encouraged the team to achieve this feat by his confidence in the team and words of encouragement.

He concluded by saying that both Federal and State Governments are solicited for patronage of these locally and efficient devices to fight spread of covid19.