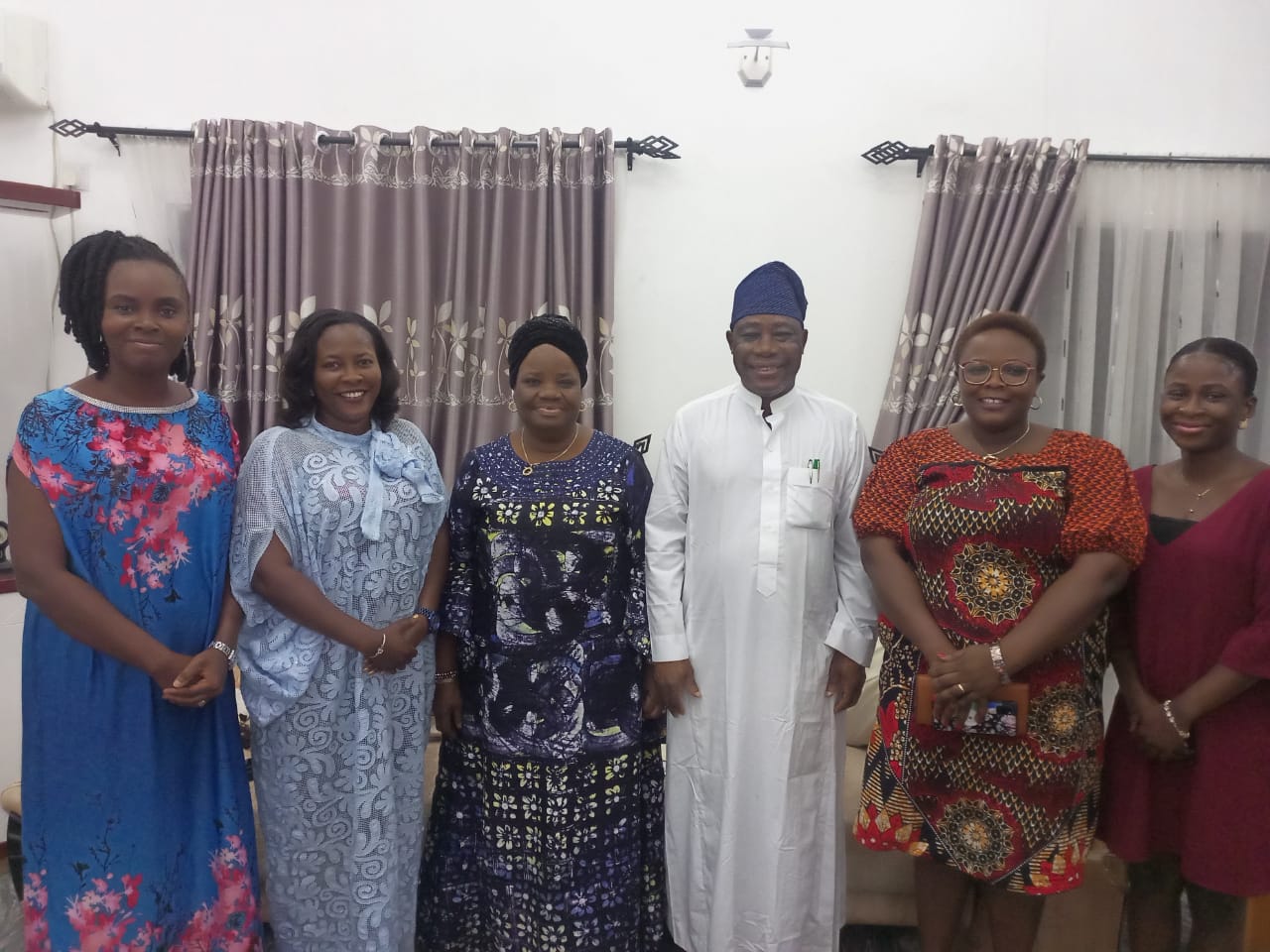 Members of the International Federation of Women Lawyers FIDA in Oyo State have asked Barrister Adebayo Abdul-raheem Lawal, the acting governor of Oyo state, for support in relation to her impending Law Week 2022, which is scheduled to begin on October 12th, 2022.

Led by her chairperson on Saturday, Mrs Olusola Olayinka Sulayman, disclosed that the non-governmental organization is mainly concerned about the activities around the advancement of the rights and welfare of women and children, promoting citizens rights, and facilitating community participation in governance and leadership through workshops, seminars, legal counseling, advocacy and mediation.

MOUTHPIECE NGR understands that the International Federation of women lawyers FIDA is an international non-governmental organization with observer status at the United Nations and present in 80 countries of the world with 43 branches in Nigeria.

The group, who paid him a visit in his Bashorun house on Saturday, also invited him to the program to address and evaluate generally burning issues affecting women and children in the society particularly Oyo state, and to chart solutions to the issues.

They thanked Governor Seyi Makinde for appointing the former attorney general of Oyo state as his deputy and prayed that God would keep him in good health.

In his appreciation, the acting Governor, Bayo Lawal who is in company of his beautiful wife, Ajibola Lawal thanked them for their visit. He urged them to advocate for the rights of women and children, saying that women are better able to do so than men. He also advised them not to be spectators in positions of leadership.

“There are no restrictions based on gender. Even Nevertheless, women are capable of much greater accomplishments than men. You are not restricted by gender in terms of position or hierarchy; only your physical capabilities are limited.

In order to protect the rights of the people, you as an NGO must be aware of your own rights.

He declared, “We shall continue to support FIDA’s initiatives in Oyo State.”